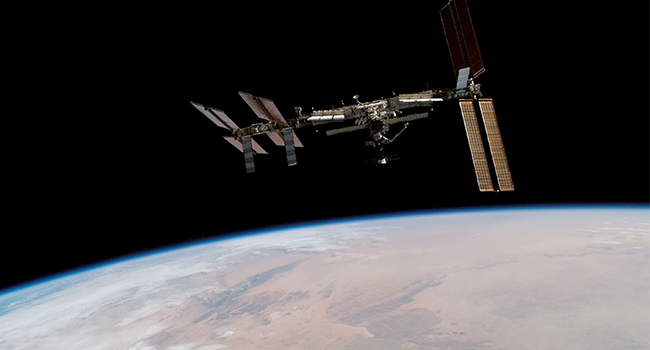 Russia announced on Tuesday that it would leave the International Space Station “after 2024,” citing tensions with the West, in a move that analysts warned could halt manned flights.

The announcement comes as relations between the Kremlin and the West deteriorate due to Moscow’s military intervention in Ukraine and several rounds of crippling sanctions against Russia, including its space sector.

According to space experts, Russia’s departure from the International Space Station would have a significant impact on the country’s space sector and would be a major setback to the country’s manned flight program, which is a source of national pride.

According to a Kremlin account of their meeting, Yury Borisov, the new head of Russian space agency Roscosmos, told President Vladimir Putin, “Of course, we will fulfill all of our obligations to our partners, but the decision to leave this station after 2024 has been made.”

“I think we’ll start putting together a Russian orbital station by this time,” Borisov added, calling it the domestic space program’s main “priority.”

The ISS is scheduled to be decommissioned in 2024, though the US space agency NASA says it could remain operational until 2030.

The ISS was launched in 1998, at a time of optimism for US-Russia cooperation following their Cold War Space Race competition.

Robyn Gatens, NASA’s ISS director, said during a conference on the outpost that Washington has yet to receive “any official word” from Russia.

“No, absolutely not,” she said when asked if she wanted the US-Russia space relationship to end.

Until now, space exploration has been one of the few areas where cooperation between Russia, the US, and its allies has not been jeopardized by tensions over Ukraine and elsewhere.

According to Vitaly Yegorov, an independent space analyst, it is nearly impossible to build a new orbiting station from the ground up in a few years, especially under the current conditions.