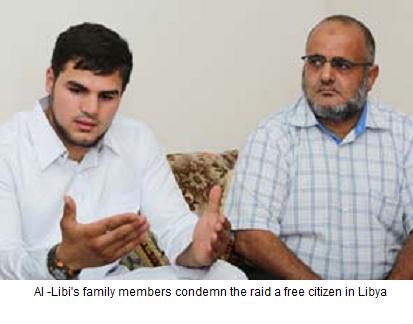 NewsRescue– Under new limitless powers given by the world powers that be, in the “state of war on terror,” the United States at will enters sovereign nations and fights or picks up people.

The alleged murder of Osama in Pakistan was one such instance to note which provoked much annoyance. Drone attacks in may African and Middle Eastern nations, killing people as they go to the market is common place.

The two recent events in Africa have been headlines of interest. One was a case where the United States Navy Seals tried to capture or kill a suspected Al -Shabaab militant in sovereign Somalia but were forced to retreat under fire.

The other was in sovereign Libya, where a man, Anas Al Libi who lived freely in Libya was suddenly picked up in a pretense gangster Seal ambush. Al Libi lived freely in Libya and was on his way home from the Mosque after morning prayers when US agents by his gate picked him up. He is being held on a US ship.

US Secretary of state, John Kerry defended such intrusions as “legal.”

No nation in Africa or other developing nation is respected by the US and immune from such invasions.

These global distraction ‘gangsta moves’ happening not surprisingly while the world focuses on how US citizens are terrorized by a government shut-down.