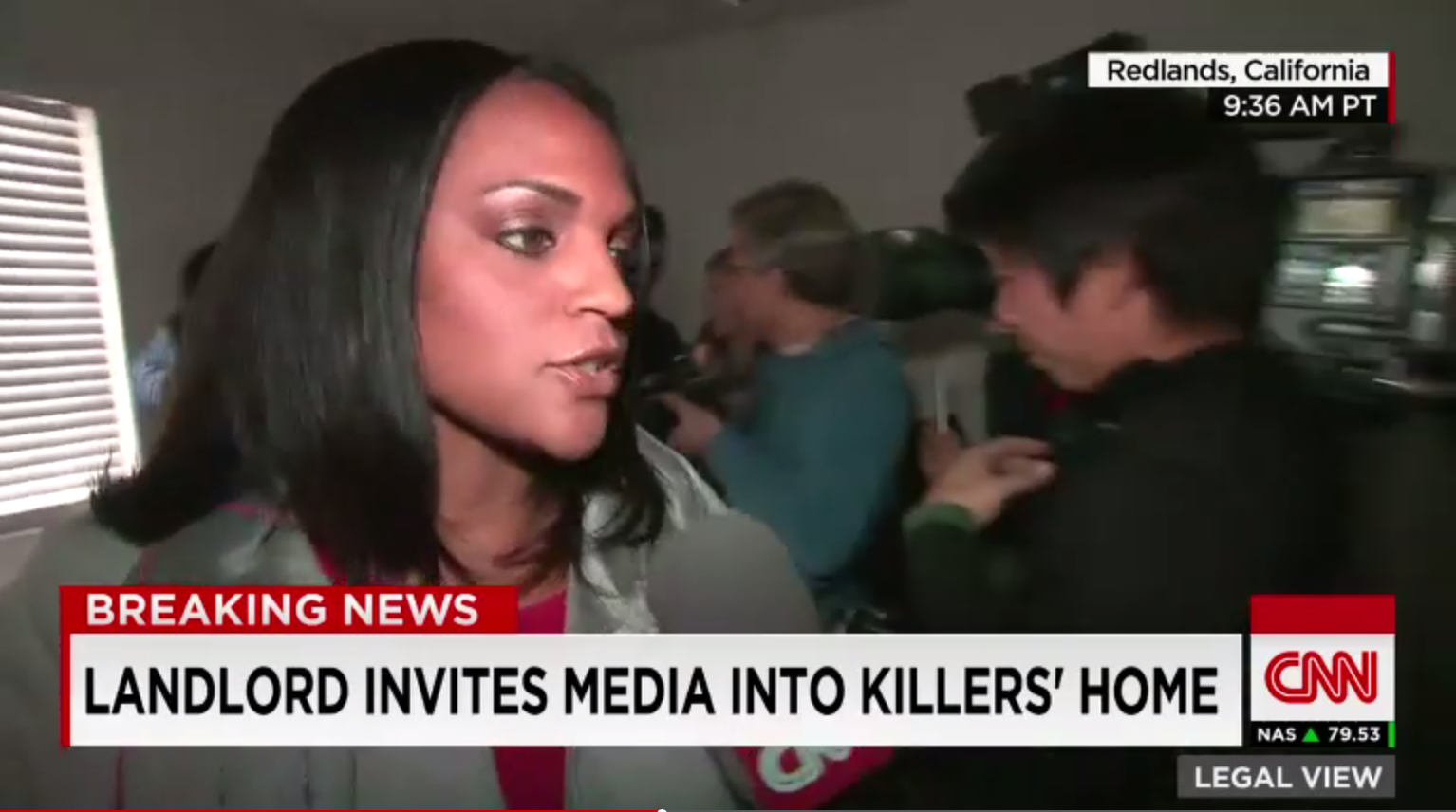 In an unprecedented act, the US Friday turned the home of theSan Bernardino California killer couple into a media tourism center.

Dozens of media men with their camera crew were invited to line up for a tour of the killers’ Malik and husband Syed Rizwan Farook’s rooms.

The media meaninglessly walked around looking at a normal Muslim home and showing ID cards and prayer beads and books.

Additionally, presumably to prove connection to Daesh, the US security services claimed that during the shootout the wife and mother sent typed a pledge to Daesh from some unknown media account. No more details have been given on this interesting twist to the story.

The pattern follows those of the 911 tower bombings and France killings where IDs and passports are miraculously nicely left behind or survive the bombing and inferno to say who the killers are.

It is unprecedented and likely illegal for the media to be invited for an unguarded tour of suspects’ homes. Most especially within two days of an event of this proportion.

Obviously a media stunt is going on her, we leave to to our intelligent readers to decide what it is