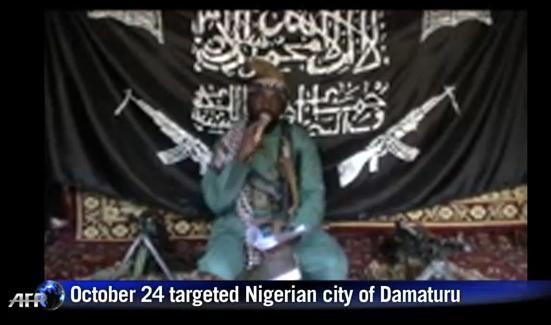 NewsRescue– We have serially detailed from investigations the propagation of fake video’s of Abubakar Shekau by careless and dangerous media. Based on the desperation and chronicity of such fake, photoshop and imposter videos, we conclude that Shekau is dead, or as good as dead.

The United States Council on Foreign relations, a top US security think-tank and government advisory, apparently has recognized these fake videos, promoted as authentic by the AFP and Nigeria’s unprofessional media.

Writing for John Campbell, a Nigerian intelligence expert and former Ambassador to Nigeria, Jacob Zenn, an analyst of African Affairs for the Washington D.C.-based think tank, The Jamestown Foundation, and a contributor to the West Point CTC Sentinel, said last month:

In contrast, in a video that Boko Haram released in August 2013 a Shekau-look alike seems to have taken Shekau’s place—possibly because Shekau was in hiding or recovering from an injury. In the August video, the possible look-alike’s message was similar to Shekau’s, however, including threats to Obama, Hollande, and Netanyahu.

The video he referred to last month had a Shekau look-alike that is very similar to the one in the most recent just 10 second video released by AFP, November 4th.

In this latest 33 second video, the “Shekau” was even further from the camera and only appeared to speak for just 10 seconds.

Other images from purported video’s and videos have been completely discredited by our analysts as dangerous propaganda by foreign media. See: Boko Haram: Global Media Busted Promoting Fake Images Of “Ghost” Of Shekau

The image below, from a supposed video given to AFP in May, that AFP never released to the public, is one of the most ridiculous fake’s of all. Astonishingly, many main stream media posted this caricature image as authentic, which is a cause for alarm as to the danger of today’s media and their intentions for Nigeria. 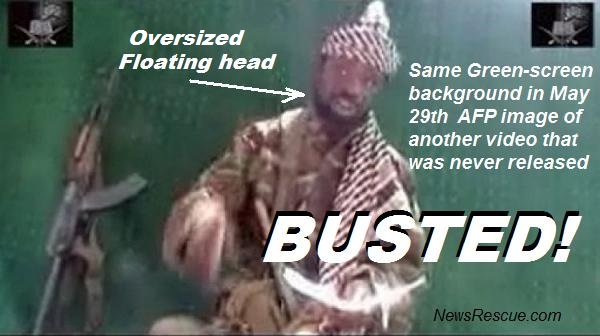