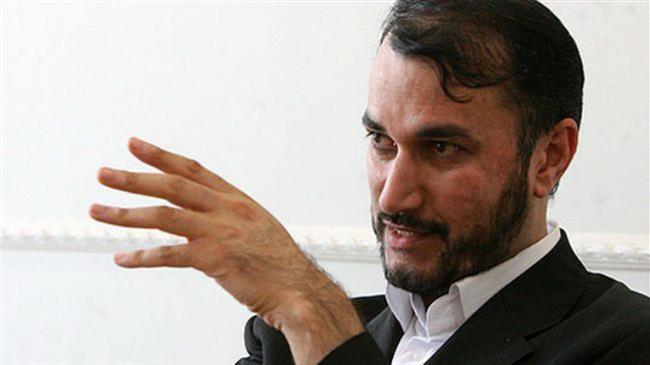 A senior Iranian diplomat says the United States pretends to be fighting the ISIL Takfiri terrorist group as a trick to advance its policies in the Middle East region.

“The reality is that the United States is not acting to eliminate the ISIL. They are not even interested in weakening the ISIL; they are only interested in managing it,” Iranian Deputy Foreign Minister for Arab and African Affairs Hossein Amir-Abdollahian told Reuters in an exclusive interview on Wednesday evening.

Since August, the US and some of its allies have been conducting airstrikes against what they say are ISIL positions in Iraq. Some members of the US-led coalition also started bombarding ‘ISIL targets’ inside Syria in September.

However, the raids have so far failed to dislodge the Takfiri group.

“On the ground, where the US should take serious action, there are no serious actions taking place. The US is not doing anything,” Amir-Abdollahian said, adding, “One day, they support the ISIL, another day they are against terrorism.”

​The ISIL terrorists control some parts of Iraq and Syria. They are engaged in crimes against humanity in the areas under their control. They have terrorized and killed people of all communities, including Shias, Sunnis, Kurds, and Christians.