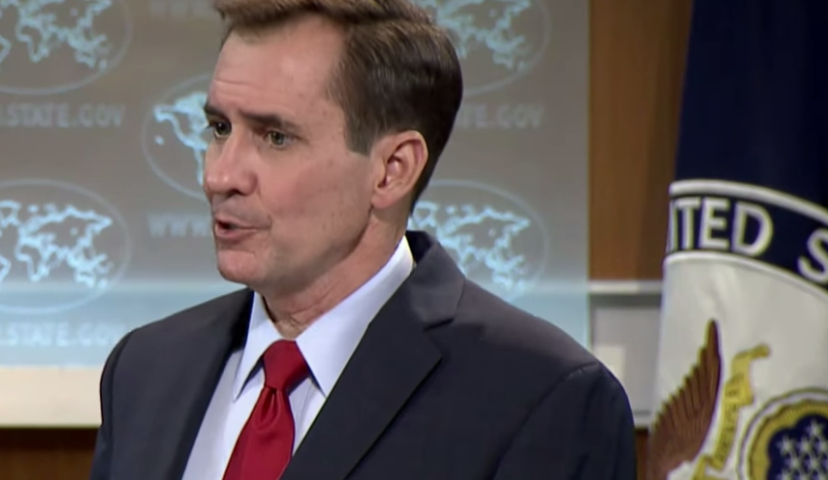 In extraordinary comments that have gone virtually unnoticed by the media, U.S. State Department spokesman John Kirby threatened Moscow with terror attacks in Russian cities and even shoot downs of Russian jets if Vladimir Putin continued his fight against ISIS in Syria.

While the comments will obviously be presented by the media as Kirby claiming that these will be the consequences of Moscow’s involvement in Syria, Russian Foreign Ministry spokesperson Maria Zakharova took the remarks as a thinly veiled threat.

“And those [acts of terrorism] will be perpetrated by ‘moderate’ [Syrian opposition groups]?” Zakharova asked in a Facebook post. “Just the ones that Washington has been unable to separate from Al-Nusra for as long as six months?”

“Don’t you think that such ventriloquism about ‘body bags,’ ‘terrorist attacks in Russian cities’ and ‘loss of aircraft,’ sounds more like a ‘get ’em’ command, rather than a diplomatic comment?” she added.

Is Kirby actually threatening to use the same “moderate” jihadists that the Obama administration has funded and armed to kill Russian troops, down Russian planes and slaughter Russian citizens in their own country?

As documented in the video below, tensions in Syria have heated up significantly after Washington bombed Syrian soldiers who were fighting against ISIS, an incident the U.S. claimed was an “accident”.

The Obama administration then claimed that Russia had attacked a UN aid convoy, although the exact circumstances of what happened remain murky.

A Jabhat al-Nusra unit commander also recently revealed that the group, which is an Al-Qaeda offshoot, was given American-made TOW missiles and other weapons “directly” from the U.S. and its allies.

“The Americans are on our side,” he stated.