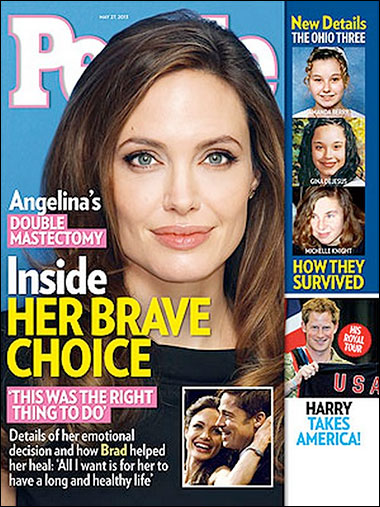 NewsRescue– In a significant win for man against big corp., the US Supreme court, finally ruled by a unanimous vote against the patenting of human genes, no matter how rare.

In the ruling declared by supreme court Justice Clarence Thomas —DNA is a product of nature and cannot not be subject to patenting merely because some scientists had isolated it.

Myriad genetics company has been trying to hold its patents on the breast cancer and ovarian cancer genes. the company currently sells the only BRCA gene test and will like to keep it this way by preventing other scientists working on the BRCA genes. In the view of many, this would be anti-human.

We earlier presented the connection between Angelina Jolie and the current court case Myriad just lost. We described how the double breast amputation was hoped to aid the winning of the patenting case. See: NewsRescue-The Angelina Jolie Corporate Scheme to Protect Billions in BRCA Gene Patents