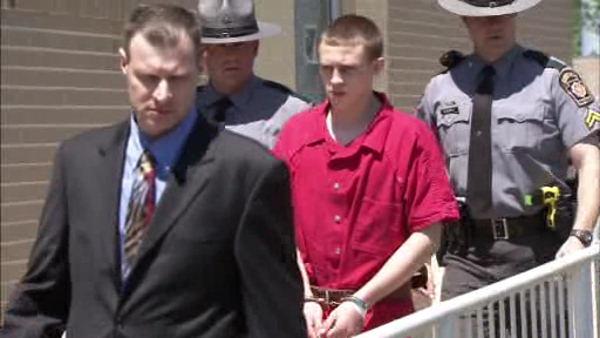 The accused attacker was been identified as 16-year-old Alex Hribal, according to a criminal complaint made public. Hribal, who was arraigned as an adult, faces four counts of attempted homicide, 21 counts of aggravated assault and one count of possession of a weapon on school grounds, the documents show.

“I’m not sure he knows what he did, quite frankly,” Hribal’s attorney, Patrick Thomassey, said, adding he would file a motion to move the case to juvenile court.

“…We have to make sure that he understands the nature of the charges and what’s going on here. It’s important that he be examined by a psychiatrist and determined where he is mentally.”

A doctor who treated six of the victims, primarily teens, said at first they did not know they had been stabbed.

“They just felt pain and noticed they were bleeding,” Dr. Timothy VanFleet, chief of emergency medicine at the University of Pittsburgh Medical Center, told CNN.

“Almost all of them said they didn’t see anyone coming at them. It apparently was a crowded hallway and they were going about their business, and then just felt pain and started bleeding.”