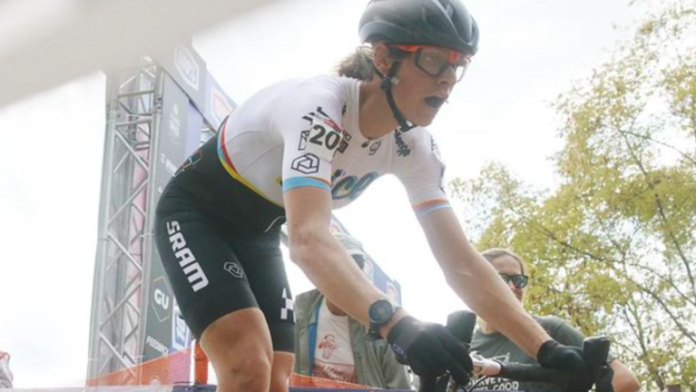 Austin Killips, a 26-year-old American cyclist who was born male but has since transitioned to female, won first place in the female elite division at the Verge Northampton International Cyclocross in Massachusetts this past weekend.

Killips won in 50:25, one second ahead of fellow competitor Ava Holmgren. Lizzy Gunwales finished third in the event, which included on- and off-road cycling as well as various obstacles and technical challenges, with a time of 50:31.

This comes months after the Union Cycliste Internationale (UCI) amended its regulations for transgender athletes to require applicants to demonstrate reduced testosterone levels for a period of 24 months, which is 12 months longer than the previous guidelines required.

According to online records, Killips has won 17 of the 57 races in which she was eligible. Over the last three years, she has also finished in the top half of 47 races.

Killips’ success has previously been attributed to her analytical approach to the sport rather than any perceived physical advantages.

“I take a scientific approach to the sport.” “I’m a student of the game,” Killips explained.

“It takes a special affinity and passion to spend so much time watching races and analyzing them.” Observation is an important part of improving. There are numerous resources available, such as course previews and years of racing coverage.”

Killips goes on to say that she has received a lot of support from her peers in the sport and that she is proud to help advance the sport for all women, regardless of gender identity.

“I haven’t raced much abroad, so my experience is mostly domestic,” she explained.

“The pro peloton in the United States has a strong sense of community and solidarity.” Bike racing in the United States is extremely small, with a lot of overlap between the road and cyclocross pelotons. “I feel a sense of unity among us all to help advance the sport for women, whether they are trans women or not.”

Killips went on to say that there is still significant opposition to transgender athletes in various sports, which she calls a politically motivated culture war.

“This culture war has now engulfed half of the country.” It’s a contentious topic in right-wing politics. In terms of politics, it’s difficult to see how a boycott will result in change,” she said.

“I am not an activist, but I can’t separate myself from my identity and how others perceive me.” There are trans athletes and people with whom I connect. People approach me and tell me that what I do is meaningful and important to them.”