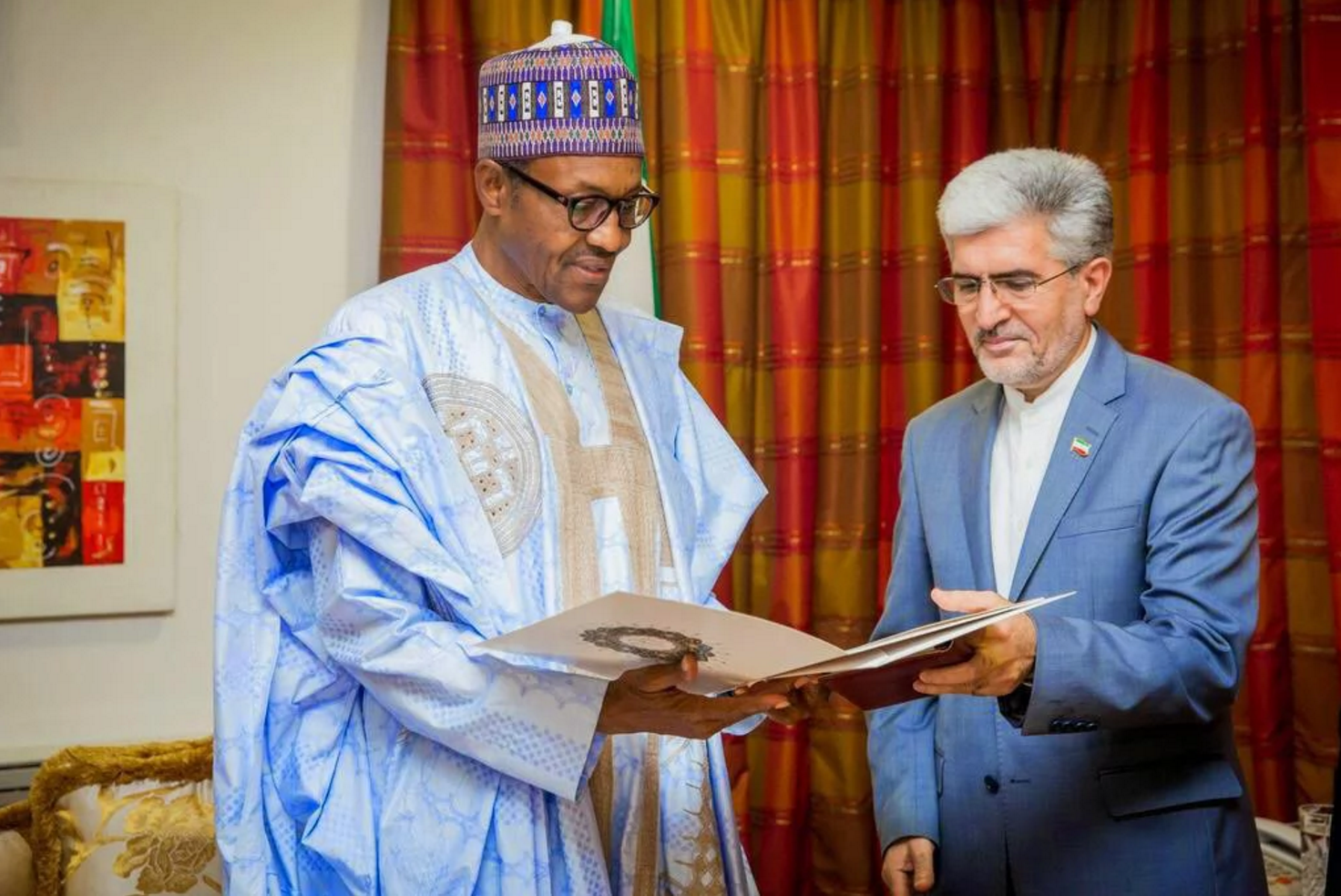 Contrary to earlier agenda sponsoring reports from Vanguard, DailyPost and NewsRescue that the Iranian Ambassador to Nigeria, Sa’eed Kuzechi, was being recalled by the Islamic Republic of Iran due to tension founded by agencies protest against the Ambassador, it is now verified that he had concluded his tenure as Ambassador and was to hand over to an incoming.

The earlier misinformation had raised eyebrows on the Nigeria-Iran relationship and negativities were soon read into it.

It is not clear as to the source of the misinformation that was made public by the News Rescue which was further derailed from the course by some Hausa online publishers that were already reading sectarian meanings and interpretations into it.

It is now clarified that in the same event, the Chinese Ambassador Gu Xiaojie and his Iranian counterpart were with the Nigerian President Muhammadu Buhari to bid him good-bye in a brief ceremony at the Villa as they leave for their various countries.

Meanwhile, the new Iranian Ambassador to Nigeria will soon be arriving the country to continue from where the former stopped.

This, in addition to the call on President Buhari by the Iranian President Ayatollah Rouhani to look into the attack on unarmed civilians in Zaria and be just, did not please the perpetrators of the crime in Nigeria.
As a result of this, various faceless groups have been sponsored to hold protests, rallies and place advertorials in the newspapers as well as propaganda documentaries on television condemning Iran and even calling on the Nigerian government to cut relations with it and also expel the Ambassador.

The President was seen to have been rewarded with a high class visit to the holy land where he was taken inside the holy Ka’ba and a Saudi sponsored Wahhabi international conference was also held in Abuja in which the President was honored with a cloth from the Ka’bah as well.

That was not all, the northern Nigeria state governors were also not left behind when they were treated to a “Dollar Bonanza” to support the extra-judicial killing of Shiites in the Muslim dominated northern Nigeria.
Meanwhile, Nigeria’s is seriously affected by the price of Crude in the world as stipulated by the Organization of Petroleum Exporting Countries, OPEC in which Iran’s decision to go along with OPEC could revive the Nigerian economy which is largely reliant on crude exports.