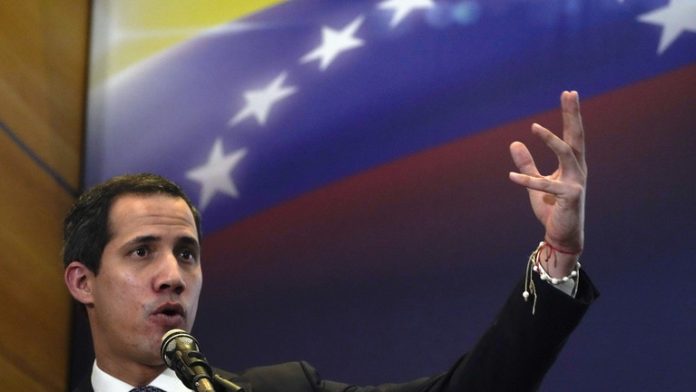 Venezuela’s opposition lawmakers voted to dissolve the ‘interim government’ formed under their former leader, Juan Guaido, a main rival to the country’s ruling socialist party and once a darling of the US foreign policy establishment.

On Friday, the opposition-controlled National Assembly voted to reorganize their movement over a Zoom call, with 72 lawmakers voting in favor of disbanding the legislature and only 29 opposed. Guaido’s term as president of the National Assembly, as well as his ‘interim presidency’ declared in 2019 with US support, are now set to expire on January 5.

“Venezuela needs new machinery in this struggle,” opposition Justice First lawmaker Juan Miguel Matheus said after the vote, adding that Guaido’s tenure as interim leader “was supposed to be temporary, but it became perpetual.”

Meanwhile, Guaido and his supporters have argued that dissolving the interim government will only strengthen Maduro’s power and influence, despite the fact that Washington and a long list of allies have declared him an illegitimate leader.

“This isn’t about supporting Guaido. “This is about not losing the most important tools we have in this struggle,” Guaido explained.

The opposition leadership shuffle comes after several years of failed attempts to depose Maduro, including a series of heated street protests and an outright coup attempt in 2019. While Guaido and other opposition leaders were unable to inspire mass defections among security forces, the ill-fated putsch received open support from US officials.

In addition to abolishing the interim government, the assembly said it would form a new committee to oversee the state assets it still controls, which include gold bullion stored at the Bank of England and the American oil firm Citgo, which is still majority-owned by PDVSA, a state-controlled energy giant run by President Maduro’s government in Caracas.

The National Assembly will also form a special committee to negotiate with Maduro in order to participate in the 2024 elections.

While opposition candidates were expected to take control of the legislature following elections in 2015, the results were later declared invalid by the courts, prompting the government to create an entirely new body known as the National Constituent Assembly. Maduro’s opponents have effectively led a government-in-exile since then, with many lawmakers conducting official business from abroad.