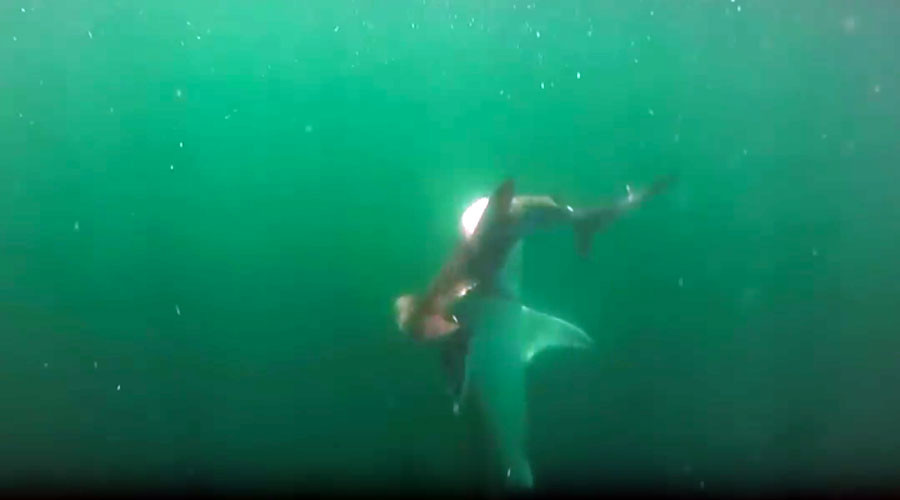 An epic undersea battle between a hammerhead shark and a tiger shark has been captured on video by a charter boat crew off the coast of Louisiana.

Pelagic Charters uploaded the GoPro footage to its Instagram account, showing the head-to-head fight between the two sea predators in the Gulf of Mexico, off the coast of Venice, Louisiana.

The video shows the 1000lb (453kg) tiger shark attack the hammerhead, biting its rival before swimming off. The hammerhead is thought to have measured between seven feet (2.1 meters) and eight feet (2.4 meters) in length.

The hammerhead shark gets its name from its distinctive head, which it uses to trap stingrays by pinning them to the ocean floor. 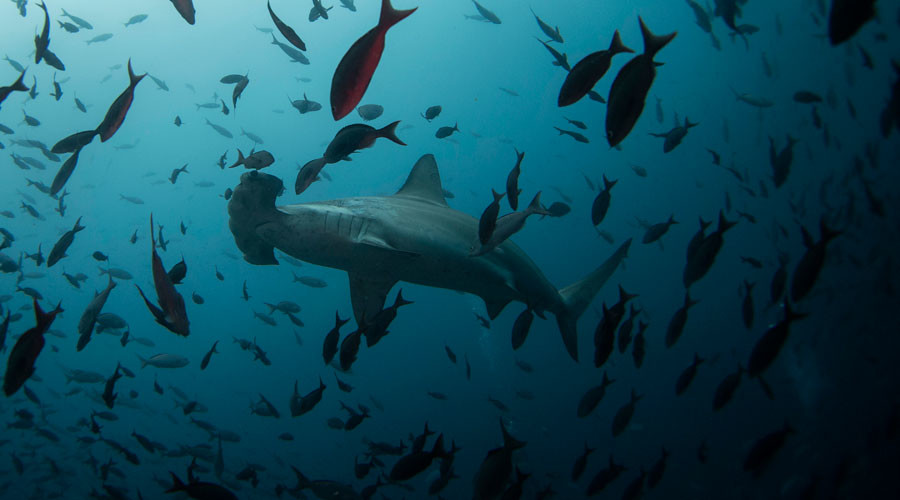 Although there have been very few recorded attacks on people by hammerheads, the tiger shark has reportedly been responsible for a large percentage of fatal shark attacks, and is often regarded as one of the most dangerous shark species.