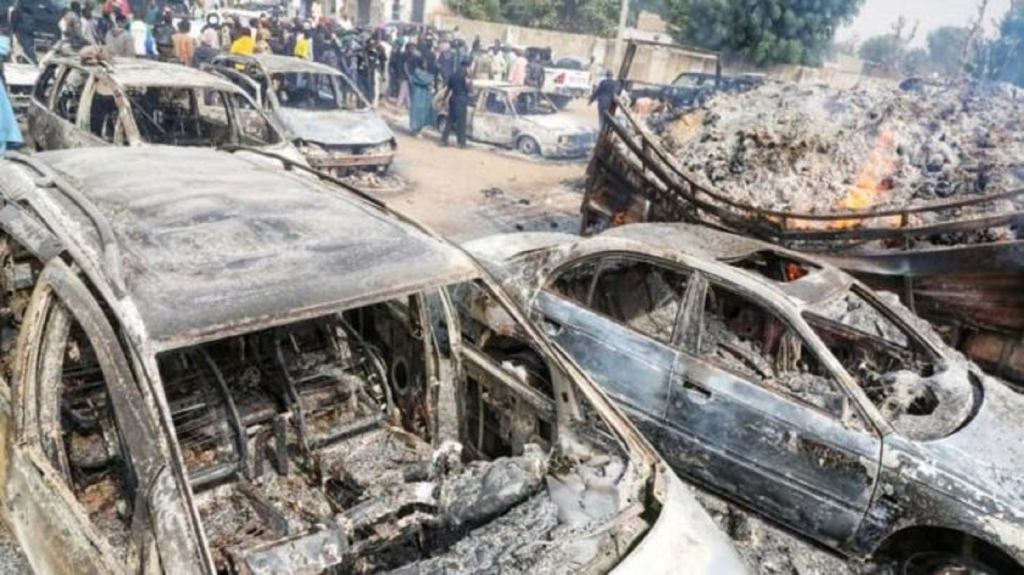 The people of Borno state were seen shouting “Ba muaso” “We do not want” and “Ba mayi,” “We are not interested,” at president Muhammadu Buhari who arrived the capital on a sudden visit from Ethiopia after the killing and abduction of dozens of citizens locked out of the city gates by the military.

At least 3 busloads of women and children were abducted by terrorists during the massacre at the Auno gate into Maiduguri, which occurred last Sunday because Nigeria’s military closed the gate on incoming commuters and forced them to sleep exposed.

Over 30 innocent Nigerians who had arrived the gate before 5pm, the alleged and illegal “closing” time, were burned in their vehicles and otherwise killed by terrorists that night after the military had denied them entry and gone to bed in the barracks, leaving them out of the city and exposed.

In this video clip, the army claimed they were on patrol and that is why they left the gate, but the people denounced the army as lying:

We have called for the resignation of Nigeria’s present over the attack and incessant rise in insecurity across the nation.