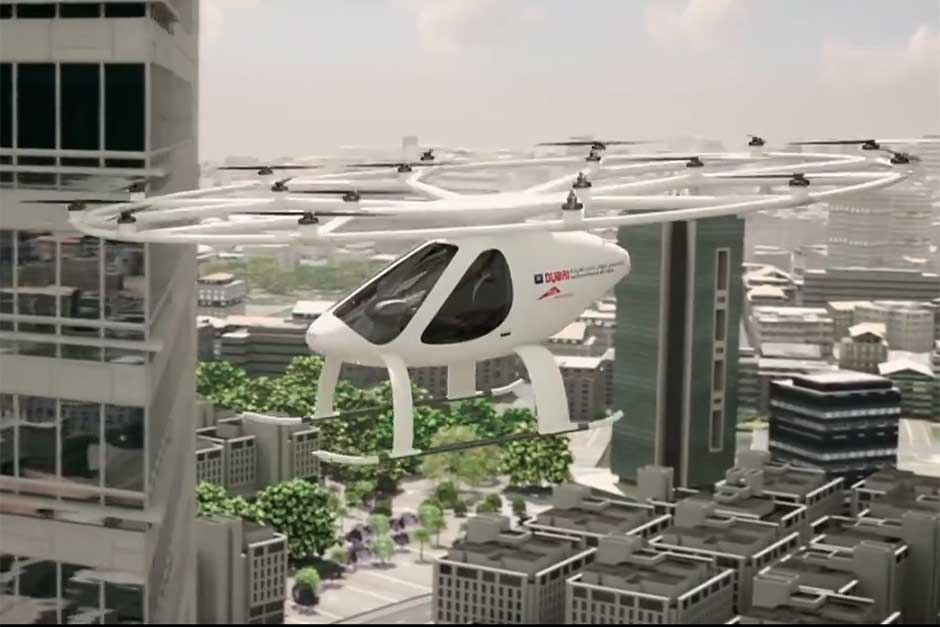 Dubai’s dream of having the world’s first automated aerial taxis (AAT) is heading towards reality with a new video giving a glimpse of how the AAT will operate.

The video was tweeted this morning by Duba Media Office, showing how the AAT will revolutionise mobility in the emirate.

The Roads and Transport Authority (RTA) announced last month that it has signed an agreement with German firm Volocopter, which specialises in manufacturing Autonomous Air Vehicles (AAV).

Expected to begin trials later this year, the two-seater AAT will undergo test flights and safety checks for the next five years allowing RTA and Dubai Civil Aviation Authority (DCAA) enough time to come up with rules and regulations for the new transport system.

The video demontrates how the AAT will transport passengers from one part of the city to the another without any human intervention or the need for a flight licence.