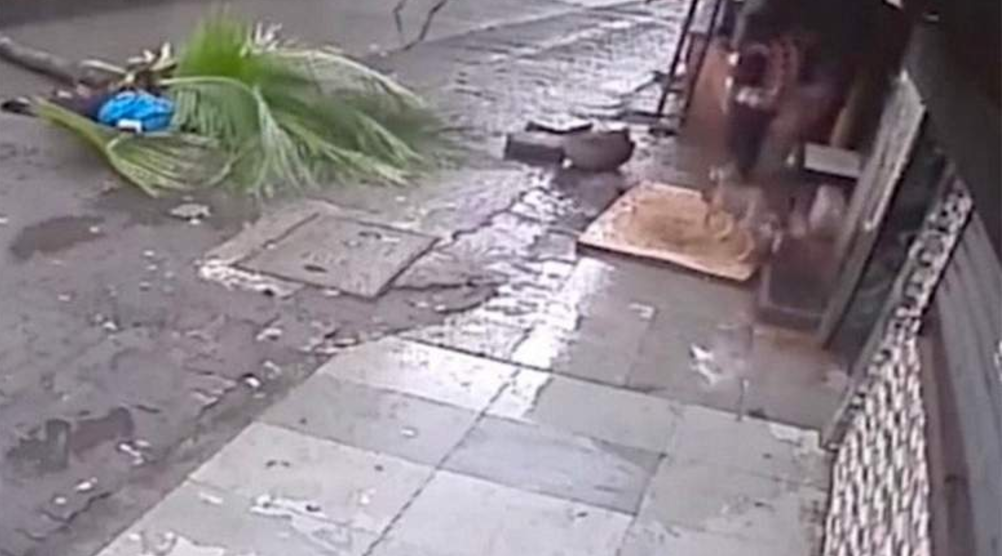 A coconut tree suddenly came crashing down on Kanchan Nath during her morning walk.

In a freak mishap, a former Indian TV anchor, who was taking a morning walk near a road close to her housing society in Mumbai, died after a coconut tree fell on her. The incident which took place on Thursday was captured by a CCTV camera installed at a nearby shop and the video went viral.

Kanchan Nath, 58, who had sustained severe injuries after the tree fell on her, died on Saturday morning, confirmed her husband Rajat.

The footage shows Ms Nath, who also taught yoga, collapse after a coconut tree suddenly came crashing down on her during the walk. Passers by gathered at the spot and pulled her out from under the tree.

“The incident took place on Thursday when Ms Nath was on a morning walk in Chembur and the tree came crashing down on her that left her severely injured,” said a police official attached to Chembur police station.

“Nath who was completely unconscious was rushed to the nearby hospital by the passers by, but succumbed to the injuries,” the official said.

Ms Nath’s family has blamed the Brihanmumbai Municipal Corporation (BMC) for her death alleging that the civic body had denied permission to cut the tree that fell on her. “Locals demanded that BMC cut it since several months, but the official ignored our request,” said Kanchan’s husband Rajat Nath.

He said that he will sue the BMC for “criminal negligence.”

He said, “It was a double jeopardy for me as the Chembur police did not register an FIR over my allegation of criminal negligence. But myself and the students of my wife are determined to pull the civic body to the court.”

The husband said the tree was in the premises of one Avinash Pol, who had made a proper application to the civic authorities in February this year to cut the tree as it was not in good condition and had even deposited the fees of Rs. 1,380 towards the cost of cutting the tree with the Garden Department.

But the civic officials denied permission to cut the tree that took away my wife’s life, said Rajat. Local corporator Asha Marathe, meanwhile, has written a letter to deputy municipal commissioner to initiate an inquiry into the matter and take action against the responsible civic official.