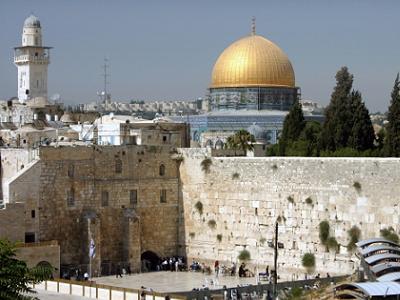 In video footage which is circulating on social media, residents can clearly be heard reciting the call to prayer in protest of the law to ban it in Jerusalem.

Churches in Nazareth showed solidarity by broadcasting the call to the night prayer in response to attempts to prohibit the call of prayer being broadcasted from Al-Aqsa Mosque.

Over the past two weeks, Israel has been working to ban the Muslim call to prayer, the Adhan.

Israeli Prime Minister Benjamin Netanyahu has supported the a bill to outlaw the religious calling, saying: “Israel is a state that respects the freedom of worship for all believers and it is committed to protecting those who suffer from noise which is caused by the loudspeakers.”

Palestinian churches sound Islamic call to prayer in response to #Israel banning it. This is everything! (Arabic) https://t.co/aXmH9C9xBy

Related from Middle East Monitor: Israel’s ban on the Muslim call to prayer in Jerusalem is the tip of the iceberg

Something is in the air in Jerusalem and if Israel has its way it soon won’t be; the Muslim call to prayer – the adhaan – is under threat. The state which is built upon the ethnic cleansing of the majority of the indigenous Palestinian people is inching its way towards banning the call for prayer, which was probably first heard in Jerusalem in 637 AD. That was the year in which Caliph Umar Ibn Al-Khattab travelled to Palestine to accept its surrender from Patriach Sophronius, bringing a six-month siege of the Holy City to a peaceful end. Read full