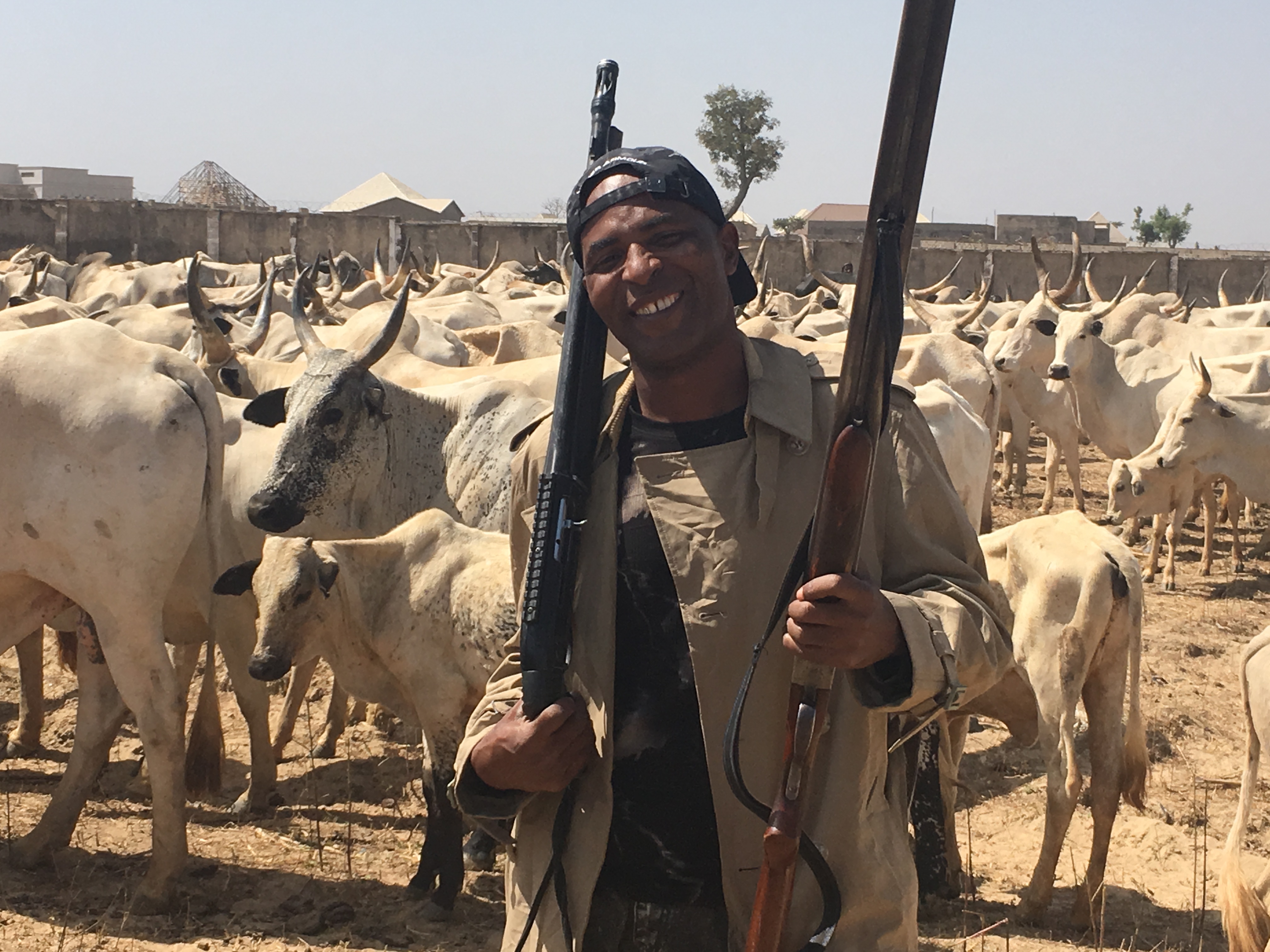 Over one thousands  Cows, Donkeys, horse, goat, Rams  and heavy armeds  were recovered  from the hands of Cattle-rustlers  and bandit at Rijana forest along kaduna –abuja  high-way after a gun-battled with criminals by team of Aljan network popularly known as Ahaji shehu musa Aljan, a volunteer vigilante from kaduna state north western Nigeria.

During a chats with kaduna journalists that visited him at Hanyin Danbushiya were all the stolen animals  were kept, he stated that  they captured  armed like AK 49 with double barrette  and many bullets were recorved.

He make mention  that, he has been rescuing lives of many Nigerians  and animals from hands of Kidnappers ,Bandit and cattle-rustlers .

Alhaji shehu aljan said,  they gathered hundreds of Fulani herbs man from kaduna and katsina today in order to come and screem  their lost animals,before given it back to them.

He says, this time before given  animals to any cattle-breeder  that lost his cow, he has to fulfill  some necessary conditions in order to  avert previous mistake that was done some years back when given back animals to some one differently.

According to him, this time is entirely different because no one will collect any cow after the screeming  without  swearing  with the holy Qur’an .

He said, Cattle-breaders  in the entire northern Nigeria are facing a serious problems as a result of criminals activities  that are killing them and taking aways all their cattles.

Alhaji shehu aljan who is also the National security of Miyatti Allah says Majority of the Fulani people that came to scream  their cows lost their family,as many were not in good health due to the nature they find themselves after losing their cattles.

He note many Northern Nigerian fulanis has left to country to neighboring country due activities of cattle-rustlers, and criminal activities.

“ As you can see all these animals you are seeing were been rescued by me and my boys  at Rijana Forest, and we have been doing this kind of operation in many states across the northern Nigeria with the aims of helping the fulanis recovered their missing cows.

He said, “I have been arresting criminals ,cattle-rustlers with notorious kidnappers for many years and I have been rescuing victims in large number from the hands of  bad guys in the forestry.”

Furthermore, he urged northern Governors to double –up more effort toward tackling increasing insecurity that is bedeviling peace stability in the entire region.

While calling on wealthy invidual to support the government through creative skilled acquisition and youth empowerment programs.

Responding by some of the fulanis that came from far aways to screem their cow, Mallam Gajere musa  says, cattle-rustlers toke aways over 150 cows and donkey at his resident.

He said, he was lucky to discovered only 5 because of the traditional marks ,he gave all his animals.
Ya’u said, the criminal came to his resident last 3 years and toke away all the cattles in his house

He said, he was at home last week,when he heard about stoling cows that were recovered by shehu aljan

Meanwhile, Mallam Zakari malunfashi from katsina state that lost many cow, he was also able to recovered only 30 out of the large number that was stolen from the house.

On the other hand, Peace activist in the country has called for National award to Aljan network for the beautiful jobs he has been toward

According to him ,this is for the service to humanity.