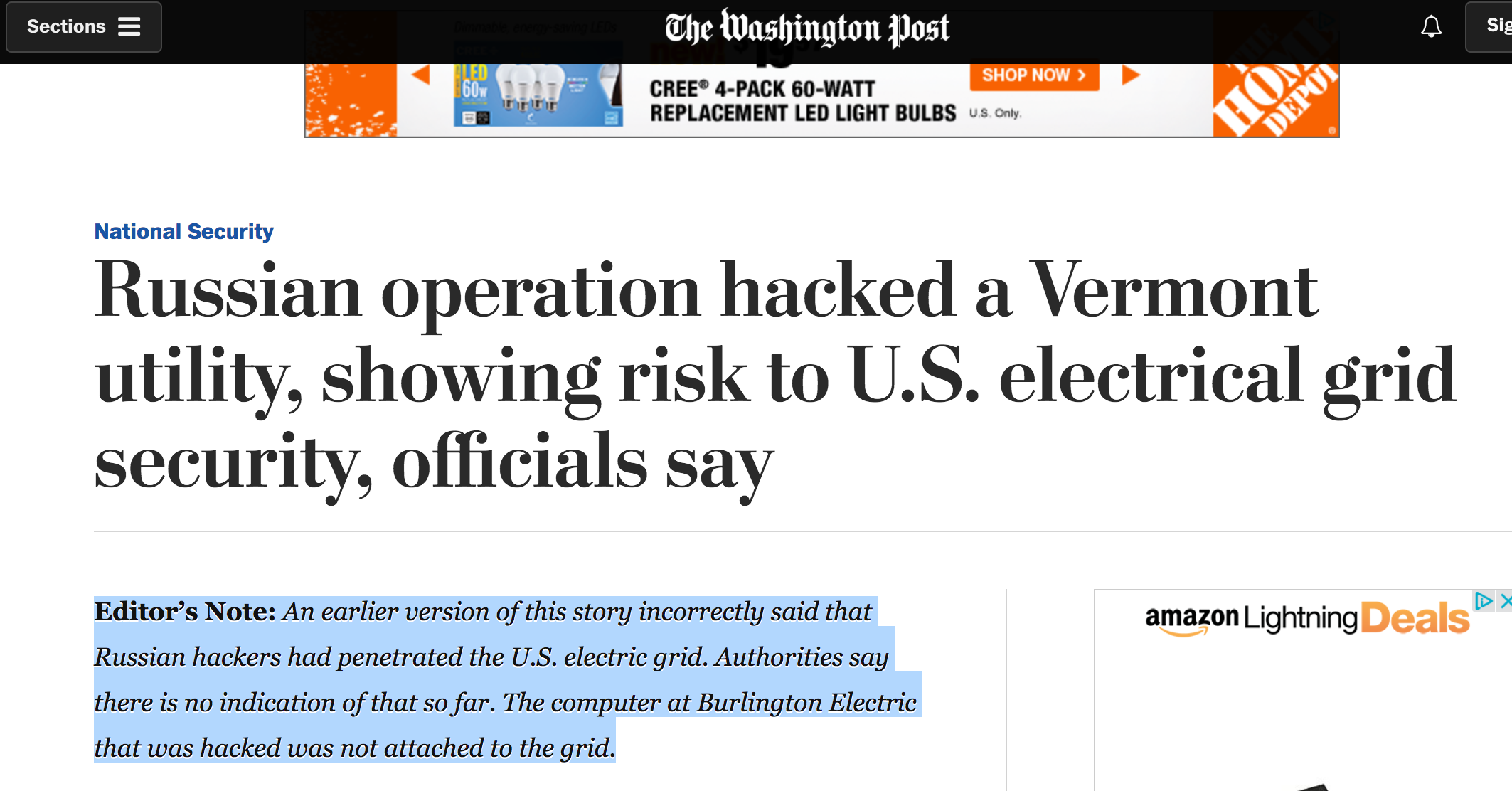 The Washington Post has corrected an article in which it said that Russian hackers had infiltrated the US power grid at a Vermont utility. The newspaper now says authorities have no such “indications” as people on social media claim the outlet promotes “fake news.”

On Friday, Burlington Electric, a Vermont-based power company, raised an alarm after finding malware code on a company laptop. Referring to undisclosed officials, the Washington Post then ran a damning headline, saying that “Russian operation hacked a Vermont utility” which posed a risk “to US electrical grid security.”

Yet it turns out that the laptop that was penetrated wasn’t even attached to the power network, according to a statement from Burlington Electric. “We detected suspicious internet traffic in a single Burlington Electric Department computer not connected to our organization’s grid systems,” the message reads.

No evidence of a Russian trace has been released either. Eventually, the Washington Post issued a correction to its article. “An earlier version of this story incorrectly said that Russian hackers had penetrated the US electric grid. Authorities say there is no indication of that so far,” the statement said. The headline, blatantly accusing “Russian hackers” of breaching the US power grid, remains, though.

Glen Greenwald, a prominent US journalist who was among those breaking the story on Edward Snowden’s leaks on the NSA spying scandal, said the case suits America’s anti-Russian agenda. “It matters even more because it reflects the deeply irrational and ever-spiraling fever that is being cultivated in US political discourse and culture about the threat posed by Moscow,” Greenwald wrote.

Washington Post retracts 'The Russians! hacked the power grid so WAR!' propaganda piece after being called out. https://t.co/CyWvPvBW6o pic.twitter.com/Ep0H7oWXRl

The WaPo caught promoting another fake news story. Since election, the paper has turned into The Washington Post Mortem.