On a controversial, free speech repressive North Korea styled bill that threatens to slam $10,000 fine and send masses to jail for as little as sending a text message to their friends or family with content deemed erroneous, the senate president has promised to have it passed without regard to the opinion and constitutional freedoms of the populace.

The senate president who is accused of and evading justice for gross embezzlement of public funds in wide ranging charges by the Corruption crimes tribunal dug in on the bill as the report below reads: 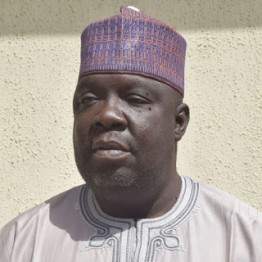 ABUJA – As criticisms continue to trail the ongoing bill by the Senate to censor social media in the country, the Senate President, Bukola Saraki, has said no amount of attacks arising from it would make the Red Chamber abandon the proposed law.

Saraki, who acknowledged the roles of the social media in the development of the country’s growing democracy, however, said the Senate would not fold its hand to allowed it abused  by some elements.

Speaking Thursday, when Senator Dino Melaye, APC, Kogi West, raised the issue under matters of urgent importance, during the day’s plenary, the Senate President berated activities of some social media platforms, which he said, had published numerous materials to undermine the integrity of the Red Chamber.

While flaying  the criticisms that have greeted the proposed social media censorship bill, Saraki insisted that senators cannot be blackmailed to drop the bill.

Saraki, while acknowledging the excesses of some of the social media operators, however, acknowledged the existence of freedom of speech in the nation’s law book.

Even as he advised that the social media should be fair and accurate in their reportage, Saraki said the Senate cannot let `a few bad eggs’ taint the image of the social media.

“People must be held responsible for their action. I believe what has been raised is important,” Saraki said.