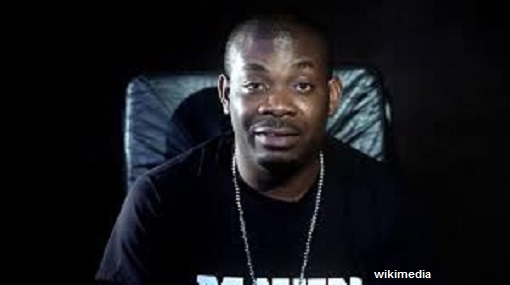 Ace producer, Michael Collins Ajereh, popularly known as Don Jazzy, has raised a poser that Oba of Lagos, Rilwan Akiolu, might be working for the emergence of the candidate of the Peoples Democratic Party, PDP, Jimi Agbaje and was counting on the reactions of the Igbo population in the state to actualize his plan.

It will be recalled that Oba Akiolu has been berated by many for threatening Igbos in Lagos state with death if they fail to vote for his anointed candidate, Akinwunmi Ambode of the All Progressives Congress, APC. (Read Death Threat: Oba Akiolu was joking; Pat Utomi tells Igbos)

Don Jazzy took to his Twitter page, which boast of over one million followers to raise the poser.

“#WhatIf Oba actually codedly wants PDP to win? And is counting on us reacting to his statement. #Justasking o. Cos he said he is related to JK. hmmm blood is thicker than party o. lol oya make i run,” he said.

He also vowed not to join his kinsmen in insulting Oba Akiolu.

Don Jazzy was reacting to one of his followers on Twitter, who challenged him for not rebuking the king.