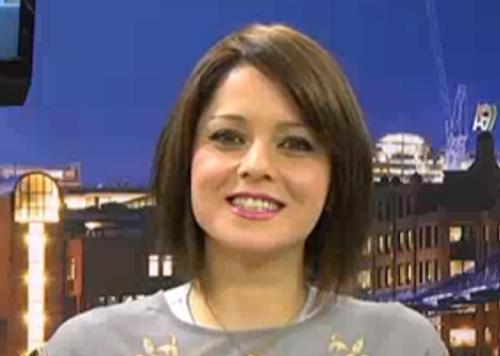 The school shooting in Connecticut which left 27 dead, including 20 children, is just another instance which makes us think about the real reason behind all the massacres and bloodshed that is taking place in different parts of the world.

Officials are trying to understand the root cause of such acts and to take measures like preventing gun sales, introducing new decrees or laws for limiting arms production. However these are only superficial methods and will never remove the actual grounds of such evil attacks.

The grassroots of this tragedy should be sought for in the education system. Not only the United States, but also European countries are encountering similar attacks on schools that result in casualties and deep wounds in the communities. People try to understand how these monsters appear from within their own families, neighbors or societies. They try to consider these instances as individual insanities but never look for the reasons why these persons in their young ages are led to committing these crimes.

In general, what follow such atrocities is that the leaders of that community or nation appear on television screens and make statements describing how sorry they are. They seem to shed a few tears and appear with great sorrow. But other than this, they never question and criticize themselves by asking: How did our children turn into these murderers? What was it that led them into this savagery? As a nation, what is our mistake that turns members of our society into such attackers? Is there something wrong that we are doing and what lies on the basis of this error?

Sincerity and honesty is required to make the true diagnosis on this fatal disease – terror – which is contagious and spreads so easily throughout the world.

The school curricula teaching our children that – they were once single celled organisms that evolved into multicellular organisms as a result of random coincidences and were thus once microbes – has a drastic effect on their subconscious minds. With this kind of a materialist training in their young ages, those children are led to think that they have no worth, they were once microbes or worms, and the ones around themselves have again a similar status having no value or meaning in life. As a result of such thinking, they believe death will end their lives, there is no life after they die, and they will not be subject to any judgment for what they have done in this world. This indoctrination is strengthened with the rest of the school curricula teaching them that only strong ones will survive and the weak will be eliminated. When this mindset is established in their minds, then massacring others is a kind of a service to natural selection to eliminate the ones they find unsuitable, not fitting for human kind.

Here is a life example:

The Jokela school massacre was another school shooting which occurred on November 7, 2007, at Jokela High School in Jokela. This is a town in the municipality of Tuusula, Finland. The gunman was an 18-year-old student Pekka-Eric Auvinen, who entered the school that day and killed eight people and wounded one person before shooting himself in the head. He left a media package explaining his actions and his motives for the shooting where he stated, “I am prepared to fight and die for my cause… I, as a natural selector, will eliminate all who I see unfit, disgraces of human race and failures of natural selection.” View CNN

These are lessons that every nation needs to learn from that shows how materialist education turns children into murderers who give no worth to human life. The terrorists, serial killers and oppressors in every part of the world are acting according to the same materialist indoctrination that they had in their childhood years as per their school curricula.

The diagnosis is clear and what needs to be done is to end the materialist education. Otherwise, every nation will be producing its own killers with its own hands.

Education system should provide scientific evidences of creation in the school curricula so that children will know they are created by God, they are given souls, they are very worthy in their lives as they are given countless blessings throughout their entire lifespan, and values like love, compassion, mercy and self-giving are on the basis of a happy life, that they should live according to the morals of religion and are responsible for all their deeds throughout their lives.

Everything we see around us, everything in the universe, from the cells in our bodies to the galaxies in the depths of outer space, was created by God. The perfection, glorious artistry, magnificent order and superb design in all these things are proofs of His creation. This fact is stated in the Holy Books:

I give thee charge in the sight of God, who quickeneth all things… (1 Timothy 6, 13)

The Originator of the heavens and earth. When He decides on something, He just says to it, ‘Be!’ and it is. (Surat al-Baqara: 117)

Only this way they will be living with a healthy mindset which will give them a clear consciousness for realizing that the entire universe is created by God, and all they see are signs of this creation and they will be receiving their reward for all their good deeds and morals in this life and eternally in the hereafter. This is the truth we find in the revelations of all divine faiths:

Tell the righteous it will be well with them, for they will enjoy the fruit of their deeds. Woe to the wicked! Disaster is upon them! They will be paid back for what their hands have done. (Isaiah, 3: 10-11)

But as for those who believe and do right actions, We will admit them into Gardens with rivers flowing under them, remaining in them timelessly, forever and ever. Allah’s promise is true. Whose speech could be truer than Allah’s? (Surat An-Nisa: 122)