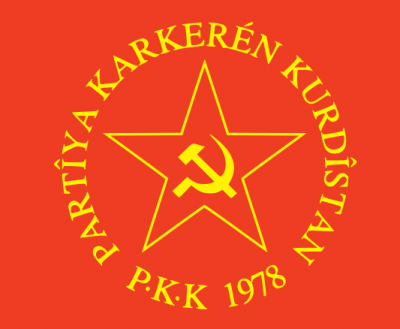 Last month, a serious allegation brought up by Syrian activists and human rights organizations shook the world.  Coalition jet fighters had caused the death of 52 civilians in the provincial village of Bir Mahli in the US led airstrikes hitting Kobane. The US military gave directions for an inquiry into this claim. This calamitous incident brought discussions in regard to the credibility of the land forces that had provided the coalition jet fighters with the coordinates. There were other claims that the coordinates were transmitted by the PYD. When this information was associated with complaints of the civilian public maintaining that “the PYD is threatening us with reporting our location to the US jet fighters and having us bombarded” this brought a very important fact to light: Putting a terror organization to use for fighting against radicalism does not serve any purpose other than inciting more violence and reinforcing the existing deadlock.

America has been using the PKK / PYD units in Syria as a kind of a land force in their fight against ISIS for a long time. In Iraq, the Shia militia that Iran backs has largely assumed this duty. Both groups have a lengthy record of oppression and violence against the civilian public.

Particularly the PKK: Even though certain circles try to put in an appearance that the PYD and PKK are independent entities, they are exactly the same group with identical ideologies, leadership and militants. The entirety of this structure under different names such as the PKK, PYD, YPG, YPJ or HPG is a terror organization and this body has brought on the murder of multitudes of times more people in the last 30 years when compared with ISIS.

The ideology and implementations of the PYD, which is presented as a kind of new ally by certain circles in the US and is frequently presented as so-called heroic fighters in the Western media, is by and large set aside. However, those portrayed as supposedly valiant Kurdish fighters are actually terrorists inculcated at the PKK’s Qandil base, who regard Ocalan as their leader and have taken part in scores of terrorist actions.

The PYD’s ideology is Marxism – Leninism. And the canton administration it undertakes to institute in North Syria is the familiar communist communal model revised according to today’s circumstances with a name change to prevent any negative reaction from the local community. Today, one of the most maltreated fractions by the PYD, the supposed representative of the Kurds and their military force, is by all means the Kurds themselves. Following the arrest of Ocalan, it was the remaining PKK members in the region who founded the PYD with support from Al-Mukhabarat and it has always enjoyed good relations with the socialist Baath regime. Receiving the patronage of Assad, this is how they have oppressed all the opposing Kurds one by one and had them neutralized. 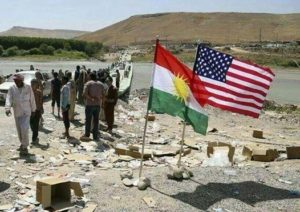 The PYD has exploited the vacuum of authority since the commencement of the civil war in Syria in its favor, and by means of its so-called courts set up in Afrin and Hasakah, it has interrogated the opposition, put them under arrest and even surrendered some into the hands of the Assad regime. They have also intimidated the ordinary people by means of heavy racketeering under the guise of taxation. The finances collected through this exaction that is kept going is dispatched to the PKK’s base in Qandil and put to use in various terror acts.

One of the most gruesome examples of the PYD mindset was put into effect in Amuda. The PYD / PKK opened fire on the public who were holding a civil protest against the Assad regime and about 10 ordinary citizens were killed. The injured were not allowed go to hospital, and snipers targeted the people who did not follow the curfew enforced the day after. This is a bitter incident demonstrating how the socialist Baath regime’s mindset which saw the execution of 35 civilians by firing squad in the Tell Brak massacre is one-to-one same with the Marxist – Leninist PYD’s disposition. 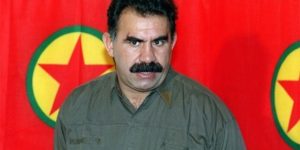 Another abuse of the PYD that is diametrically opposed to the beliefs, way of living and worldview of the local community is forcing 18 to 30 year- old Kurds into military service. Let us recall here that what is called the PYD army is the continuation of the sinister guerilla structure of the PKK. Kurds who do not want to fight on the side of a communist organization like the PYD find a way out by taking shelter in Turkey or North Iraq, and for that reason evacuate their homes. Currently, there are about 300,000 Kurds in Turkey who have fled from the PYD / PKK persecution.

The ill treatment by the PYD of the Kurds who are their own community in addition to the Arabs, Turkmens and other peoples in the region was markedly revealed during the Tal Abyad operation. Tens and thousands of people took flight into Turkey, and testified to an ethnic cleansing initiated by the PYD in the region. Putting homes and farms to the torch, intimidating children and women by arms, incarcerating those who did not want to abandon their homes, and disallowing the Arabs and Turkmens who took shelter in Turkey to go back to their homes – and a multitude of other instances – all demonstrate that the PYD is mounting up to be a proliferating problem for the region.

In the face of all this concrete evidence, the American administration should reassess its Middle East strategy from scratch and get the full measure of hosting the Taliban in the White House during Reagan’s term of presidency, and see that radicalism may never be eradicated with bombs or arms, and in particular not by drawing on communist terror organizations that advocate the most ruthless brute force.

Intermediating in the destruction of the social and cultural fabric of the region in favor of a terrorist group like the PKK will lead to an irrevocable destruction that could persist for decades. Alleviating the unjust suffering of the Kurdish community, which has encountered nothing but miserable agony for about 50 years, is not to be found in backing the PKK / PYD, a strategy which will only afflict them with more severe torment.