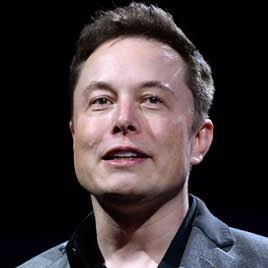 Since Elon Musk announced earlier this month that he intends to step down as CEO of Twitter in the near future, speculation has swirled about who might succeed him.

What’s the backstory?
On December 18, Twitter CEO Elon Musk launched a poll on the social media platform, asking his 123 million followers whether he should resign. He vowed to follow the results regardless of the outcome.

Elon Musk should step down, according to 57% of voters. Musk confirmed his impending resignation a few days later.

“I’ll step down as CEO as soon as I find someone stupid enough to take the job! After that, I’ll only be in charge of the software and server teams “He stated this.

Who could be the next CEO of Twitter?
Following Musk’s announcement, Twitter users have speculated on who might succeed him. Many unlikely candidates, including Snoop Dogg and Edward Snowden, have thrown their hats into the ring to become the next CEO.

One of Musk’s closest friends and allies is entrepreneur, angel investor, podcaster, and writer Jason Calacanis. While Calacanis does not hold an official position at Twitter, according to a text exchange between Calacanis and Musk, he has previously expressed interest in becoming CEO.

“Coach, put me in the game! My dream job is to be the CEO of Twitter “He wrote something.

However, Calacanis described the CEO position earlier this month as “the most miserable job in tech AND media.”

Calacanis asked his Twitter followers to vote for the person or people they thought should be the next CEO. Calacanis, Sacks, Calacanis and Sacks as co-CEOs, or “other” were the options for the poll.

Sacks, a former PayPal executive, joined the podcast from Twitter headquarters, and Musk dropped in at one point during the show to answer a few Twitter-related questions.

“Almost everything reported by the media about my involvement at Twitter is fake or exaggerated,” Sacks wrote on Twitter. “I have no official position. Nothing is ‘in charge’ of me. I’m doing what investors in Silicon Valley try to do: I’m being helpful at the margins.”

According to reports, Boring Company President Steve Davis was sleeping at Twitter headquarters on Friday. Since then, rumors have circulated that Davis could be the next CEO of Twitter. However, given that he does not use Twitter, it appears unlikely.

Lex Fridman, a podcaster and research scientist at the Massachusetts Institute of Technology, has also offered to lead Twitter.

“Let me run Twitter for a few minutes, @elonmusk. There is no pay. All in. Concentrate on great engineering and spreading love around the world. Just offering my assistance in the unlikely event that it is useful “Fridman used Twitter.

Musk responded to his post by saying, “You must be a big fan of pain. There is one catch: you must invest your life savings in Twitter, which has been on the verge of bankruptcy since May. Do you still want the job?”

Musk has appeared on Fridman’s podcast three times and has recently agreed to do another to discuss Twitter’s future.

So, here’s the forecast for 2023.
David Sacks will take over as CEO of Twitter sometime next year. Calacanis will become more involved in the company and will collaborate with Sacks. Elon Musk will lead the software and server teams after stepping down, as he promised. Davis will gradually leave Twitter and return to his role at Boring Company by the end of 2023. Fridman will collaborate with Musk’s new leadership team to test new features and improve the platform’s engineering.