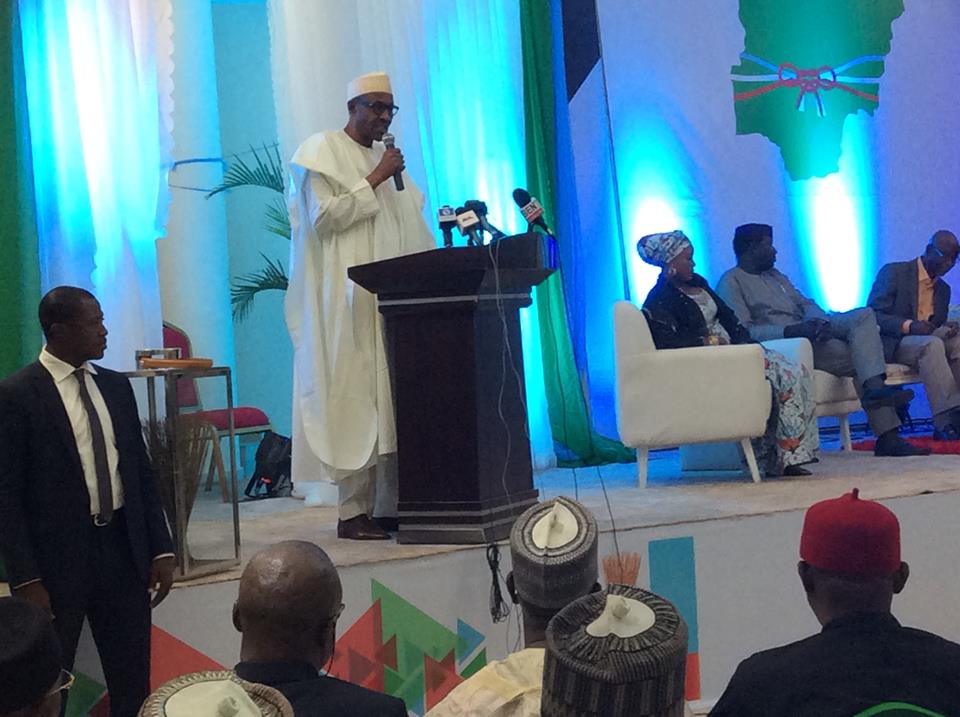 The All Progressives’ Congress (APC) is now Nigeria’s official ‘ruling’, sorry ‘governing’ party; recall, Buhari said they were going to govern not rule. Despite now being the party in power at the centre and in control of a little less than two-third of the states of the federation, APC is arguably still not the dominant party in the country, especially when we compare its current status with what PDP was in 2003 and 2007.

Some of the reasons why APC may not be considered as dominant as PDP was include; it is not in absolute control of the National Assembly where it slightly lacks the two-third majority in the House of Representatives and only has a slim majority in the Senate. APC will be facing the PDP as the most potentially strong and richest opposition party in Nigeria’s history. The party had ruled for 16 years and it will take a reasonably long time before its material wealth (something that is indispensable in Nigerian politics) and long-term influence gained in power to completely wither away. The PDP is also controlling some of the richest and most important states in Nigeria with Kano and Lagos being the most significant exception, apart from having some of Nigeria’s most valuable political maestros within its fold. Furthermore, PDP’s strong ward to national political structure across the country built over the years with power, wealth and patronage cannot be easily dismantled.

However, the question is whether the PDP can use all these potentials to constitute a formidable opposition to the governing APC, checkmate it, give it a good fight and possibly reposition strongly to stand a chance of taking over power from it in 2019? Since it is too early to understand and predict the new political direction in the country, answers to these questions can only be hypothetical.

As noted earlier, APC has no so much significant dominance over the PDP, but sooner or later it will get that dominance. The APC will get its dominance from future PDP’s misdoings and other events that will arise; PDP’s post-election crises is probably a sign of things to come. First of all, even in defeat, PDP seems unprepared to jettison its use and dump attitude complemented by brutal godfatherism, thereby creating more and more enemies for itself who continue operating and sabotaging it from within. It is expected that now without state power, this culture in PDP is likely to slow down and eventually stop, but the amount of damage it will do to the party before it stops may prove costly. The PDP subconsciously engineered its poor showing in the North and South-West thereby almost relegating itself to a regional party. It is very much unlikely that PDP can redeem its poor northern image in good time enough to checkmate APC’s forthcoming dominance. In the South-South and South-East where the PDP had a massive national following, it refused to allow the people to freely and fairly vote for their choices in local elections and the people are likely to punish it in potential bye-elections and in gubernatorial elections of Bayelsa, Edo and Anambra that will take place before 2019. One major setback for PDP is that the party is widely expected to lose big at all levels in the election tribunals. Before 2015, PDP had two strong annexed parties in APGA and Labour Party which have played very significant roles in PDP’s ‘winning’ of presidential elections. In what looked like suicidal, the PDP decided to kill and swallow the LP and has badly wounded the APGA and therefore now left with no other allies outside the main party. With its expected continuous decline, PDP will have it very difficult to win the gubernatorial elections in Ondo, Kogi and even Ekiti states. All these are factors that will weaken the PDP and strengthen the APC.

The PDP throughout its sixteen years had built itself around money, power and influence and 16 years is not 16 weeks. It will be very difficult if not almost impossible for the party to survive without these things unless they adjust extraordinarily. One to two years from now, the PDP will look more and more dilapidated, disorganized and most likely get disintegrated. This would be a very bad development for Nigerian politics. For many Nigerians who would like PDP to regroup and keep APC on its toes, they are more than likely to be disappointed. With a possible occurrence of this scenario, who then will checkmate APC?

The All Progressives’ Congress would from all indication dominate the Nigerian political landscape by mid-2016 up to probably early 2017, but anything after that cannot be easily predicted.

When APC becomes the dominant party in Nigeria, it is only normal that we get someone to checkmate its excesses. First, we need to determine how much checkmating does the APC require? It is very predictable that in matters within the sphere of Buhari’s direct influence, APC will require little or no checkmating at all. This is because it is simply unthinkable that Buhari will deliberately allow things he can directly control to go out of order and it is unimaginable that the new President will sacrifice his life-long integrity by allowing people directly under his control to mess up without dealing with them. However, any other APC issue outside Buhari’s direct influence cannot be trusted to be significantly different to that of PDP. For instance, one cannot bet against the new National Assembly under the APC to continue ‘business as usual’, we can’t bet against the APC Governors to continue along the tyrannical and autocratic line of most Nigerian Governors since 1999; as party leaders, the party had officially equipped its governors to run the state chapters of the party almost like their personal properties. One may not expect APC Local Government Chairmen and other officials not to abuse office and one also cannot trust the APC party officials to conduct free, fair and credible primaries at all levels as well as running the party transparently without favouritism, nepotism and corruption. Now that it has power, can we rule out the advancement of godfatherism, candidate imposition, money politics and other undemocratic practices into new levels within APC?

If APC needs checkmating and the PDP may not be able to do that, who else can? Buhari alone can be trusted to checkmate between 15 to 30% of the APC’s excesses. If he can firmly control his government and ensure strict adherence to discipline and due process, some few APC organs may fall in line. Secondly, it may be possible that APC may checkmate itself depending on how events turn out. This is because; the party is an amalgamation of different seemingly incompatible groups whose main objective was to win elections. Cracks are likely to occur and the party may break into factions, this may start from the unhealed wounds that could be created from the election of National Assembly Principal Officers. These cracks may widen beyond redemption especially in the states where the governors are likely to continue with their dictatorial tendencies. The fiercest opposition to the party and its leadership is likely to come from within and by the next convention meant to elect the leaders of the party in 2018, the final straw may have broken the camel’s back, with only the presidency as the source of unity and inspiration for all the warring factions of the party.

Presently, it is reported that some political stakeholders have started making underground efforts to come up with a third powerful alternative party to APC and PDP and they are determined to start work as early as late 2015 to early 2016. Part of their plan is to accommodate all the previously deregistered political parties and some interested existing ones into one large group. If this effort leads to fruition, coupled with determination and good leadership by the right people, then that new party may be backed by Nigerians to give the APC a good fight before and in 2019.

All these hypotheses aside, independent socio-online media activist are most certain to become the group that will give APC the biggest fight and the most significant checkmating of its life. If we recall, this group played one of the most significant role in kicking Jonathan and PDP out of Aso Rock. The majority of the Nigerian conventional mainstream media is likely to remain divided and in many cases profit-minded ahead of 2019, just as it was during the height of the Buhari-Jonathan campaign. Socio-online media activists, patriots, nationalists and bloggers have come to stay in Nigeria and they are likely to become stronger, more formal and more effective especially with the renewed confidence and sense of accomplishment that they now have from the 2015 elections. If APC is not careful, this group, that gave it one of its most significant supports into Aso Rock, would be the same to sack it out of it.