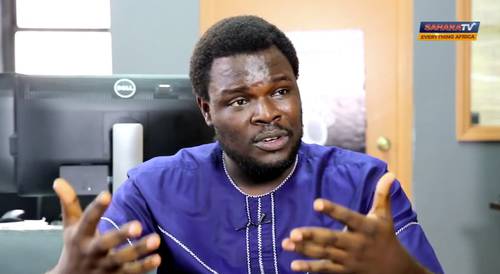 Originally published on SaharaReporters on May 30th

This morning, my team member, Oluwatobi Soyombo and I sat in the office, and discharged our final responsibility to the Buhari Campaign Organisation – we changed the bio of the Muhammadu Buhari account across Twitter, Facebook, Instagram, YouTube and everywhere else to ‘President of Nigeria’.

I asked Tobi for the privilege to do this myself, with my own hands.

Then, as he looked at me, shocked, the tears began to follow.

My team and I were offered the job to handle the communication for the Buhari campaign in November 2014. I couldn’t believe it. We had never been close to the All Progressives Congress; I had never even met Buhari. Even the ‘closer’ Tinubu, I have not met since that time in 2002 when I served him tea as a production assistant at the Nigerian Television Authority.

I had a few weeks before declined a meet to discuss youth communication for the Goodluck Jonathan campaign because I no longer had any faith in his leadership, but I was almost certain he was going to win anyway.

In May 2014, I had arrived Abuja to speak at a #BringBackOurGirls event. But I had hardly left the airport, when someone high up in the government called me: “If I see you up on that stage with Oby (Ezekwesili), you are finished in this country.”

So, I wondered, was it wise to finally set up enmity with the government for the next four years by working directly for its opposition?

All through the time my co-founder, Adebola Williams worked hard with the team of Uche Nnaji (OUCH) and Kelechi Amadi-Obi to shoot the photographs that redefined Buhari’s image, all through the period the team was assembled from Tobi to Alex Yangs to Kathleen Ndongmo, I couldn’t move. I was transfixed in fear, in hope that dared not speak. Could Nigerians actually unseat a seating President from the People’s Democratic Party?

I wondered if the rage I felt was worth the sacrifice I was about to make – putting my life, my relationships and my business on the line in a country where the biggest advise our richest man has given entepreneurs is ‘never fight with the government of the day’?

All of that is history now. What looked like a mirage then has become reality. The job became a mission. After four months of the most emotional campaign in my lifetime, sleepless nights at the StateCraft Inc headquarters, from the campaign office in Abuja, supervising the setting up of billboards, fighting TV stations that didn’t want to air our ‘Is This Transformation?’ promos, Adebola following the candidate around the country, and rewriting speeches in the dead of the night because the candidate knew exactly what he wanted to say, we are here now. Nigerians have unseated a 16-year monopoly.

So, this morning, I shared a story on my Instagram page that I haven’t spoken about in public before.

In 2013, six of us friends including Adebola Williams, ‘Yemi Adamolekun, ‘Gbenga Sesan and Kola Oyeneyin came together and decided that, beyond mobilising citizens, leading protests and using the media to drive conversation, Nigeria needed our passionate, sustained prayers. A year before, after our active involvement with #OccupyNigeria, and the events after, we were beyond disillusioned.

One day, as we prayed, in an office on the Lagos Island, I was so overwhelmed with despair I fell down on the floor and began to speak in frenzied tongues, tears streaming from my face, banging furiously on the cabinet in front me. My heart was desperate; just desperate for something to give way.

I didn’t know my friend, Kola, had the gift to interprete tongues. But then he began to interpret what I was saying. And it frightened me, because he was absolutely right. He captured the fears in my heart, and the requests I was making. He said, paraphrased, ‘God says He will change Nigeria. It looks like it won’t happen, but He will do a new thing and it will spring forth. We won’t understand how He will do it, but He will.”

I do not know what the future holds. I cannot even say with certainty that this new dispensation will fulfil the promises it made to us when it called us on board and to you when it asked you to vote.

But I know one thing: I spent the past four years giving the Jonathan government the benefit of the doubt, willing it to succeed. Yet each time it failed, I was on the street, passionately denouncing it. And when, finally, after the Chibok girls went missing, I lost hope in it, I put everything on the line to join Nigerians in punishing it.

I have invested faith that Buhari will be different, not just because he is a new president today, but because I have been priviledged to sit in the same space with him, I have listened very carefully to his wisdom and his depth. I have counted the cost and I have overwhelmed faith that he is the leader we need.

We have cried for this nation, because it has failed us too many times. We have worked our fingers to the bones, and our ‘bloods’ have boiled because we believe in its potential. Therefore, our tempers will be short, our forgiveness will be costly, our reactions to real and perceived failures will be swift.

Our hearts our broken, our spirits burdened. We desperately need the promised change, and we need it to start immediately.

*Jideonwo is managing partner of Red Media Africa, ‘the media group to reach and inspire the largest number of African youth at any time’. One of its companies, StateCraft Inc, was official communication agency to the Buhari Presidential Campaign