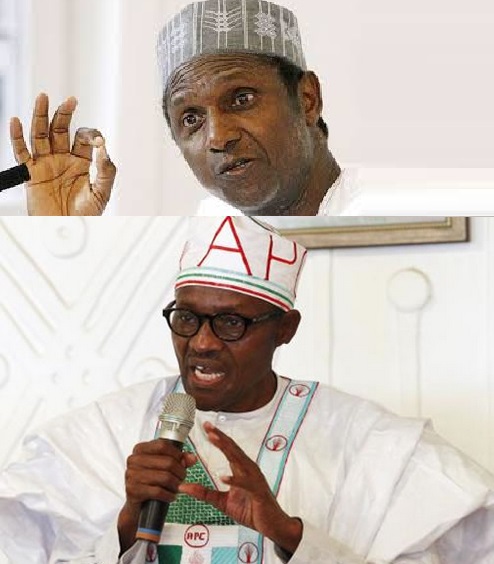 On 28 June 2007, late president Umaru Musa Yar’Adua publicly revealed his declaration of assets submitted in May (becoming the first Nigerian Leader to do so).

This disclosure, which fulfilled a pre-election promise he made, was intended to set an example for other Nigerian politicians and discourage corruption, which it did.

Late Umaru Yar’Adua was sworn in on May 29th 2007 but didn’t submit his declaration form to code of conduct bureau, CCB on June 28th 2007-the day he publicly declared the assets, like President Buhari he turned in his assets immediately after he was sworn in, in May to satisfy the conditions of the law which states that you cannot act as President until you have sent it to CCB.

It was a month later, on June 28th that year that he made public duly signed copies of the assets list he had turned in a month earlier.

According to procedures, you would give CCB time, up to30 days to verify whatever assets you had claim you have as contained in your submission. This explains why late Yar’Adua’s public declaration didn’t happen until one month after his swearing in. A little research reveals these points.

Quoting the CCB, verification is done thus: “First, is the examination that is carried out at the point of submitting the Assets Declaration Form. Second, is during individual or conference verification when documents are cited for authentication. Third, is when there is a need for field investigation when an offer goes to the field to see the houses, the landed properties etc.”

This process takes time. It is responsible to wait till your assets have been verified before they are made public.

It is however understandable that by the newly appointed presidential spokesman, Garba Shehu’s statements which are quoted as suggesting the president had already made his asset declaration public was erroneous.

According to the Press, fresh-on-the-job Garba Shehu said, “By declaring their assets, President Buhari and Vice President Osinbajo may have not only fulfilled the requirements of the Nigerian Constitution, but also fulfilled the first of their many campaign promises.

“While seeking election into the highest office in the land, the President had promised Nigerians that he would publicly declare his assets as soon as he took over government.”

Rightly so, the constitutional requirements have been fulfilled but the campaign promise to make this public is expected to be fulfilled shortly at the expiration of the verification period and only before if already verified or if the president and vice-president decide to do so in a hurry to placate the anxious public.

Campaign Season Is Over

At this time it is advisable all Nigerians, private citizens and government officials alike exercise patience and appreciate the reality that campaign season is over.

We should all work carefully and confidently towards building #ANigeriaWeLove without confusing ourselves and distracting this administration we elected with an unmeasurable load on its shoulders.

*Article written with input from Bilms of Nairaland, Wikipedia and Code of Conduct Bureau website.