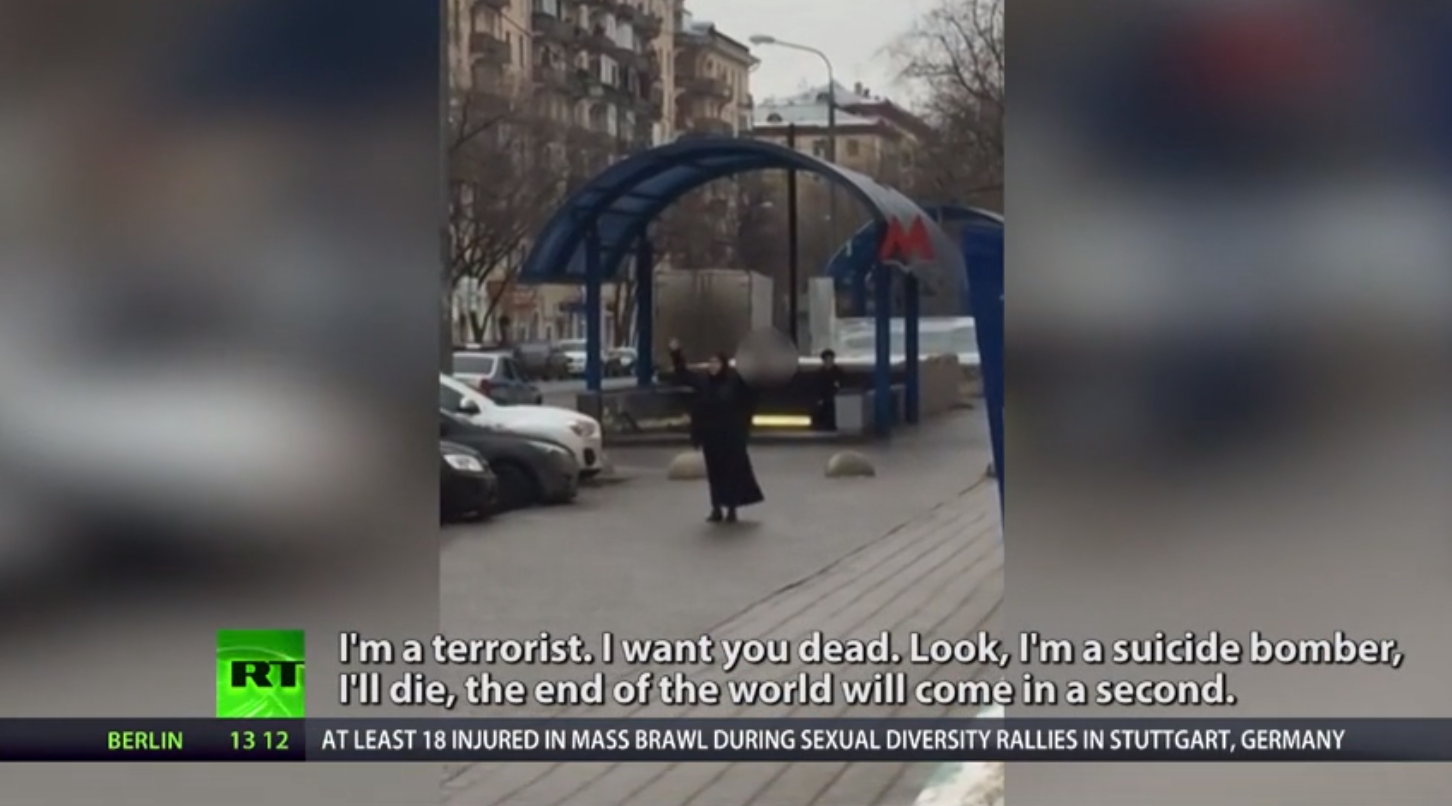 A woman dressed all in black and holding what is thought to be a child’s severed head has been arrested near a metro station in Moscow. She was shouting, “I am a terrorist,” and reportedly threatened to blow herself up.

According to LifeNews, the victim was a girl, identified as Nastya M. After the murder, the female suspect went to a metro station, where she was stopped by a local police officer. She immediately took the severed child’s head from her bag and started shouting that she had killed the child. The suspect is currently being detained by police authorities, Russian media reported.

“The end of the world is coming in a second…I’m your death,” the woman is heard shouting in the video released online. “I hate democracy. I’m a terrorist.”

She is heard shouting that she has been “cursed” and “destroyed” “so many times.”

“I’m your suicide bomber… I’m going to die in a second…The end of the world…,” she shouted.

Russia’s Investigative Committee later released a statement that rescuers have found a body of a three or four-year-old child after extinguishing a fire in a Moscow apartment block. A preliminary investigation revealed that the suspect is a children’s nanny in her late 30s, who is a citizen of a “Central Asian country.”

The suspect waited until the child’s parents left the apartment with an older child, then killed the child and set the apartment on fire, the Investigative Committee said.

The mother of the murdered child was taken to hospital in unconscious after she learned the news, Russia’s Zvezda TV channel reported.