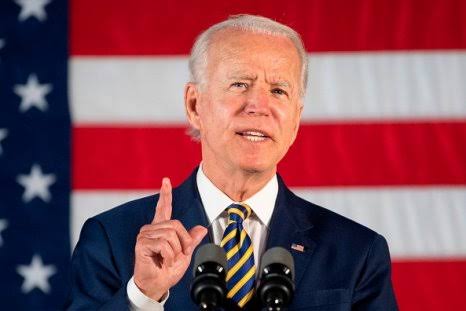 According to the Department of Labor under President Joe Biden, there were over 1,047,000 new employment created in the second quarter of 2022.

In order to demonstrate the effective leadership of his government, Biden repeatedly cited this number.

The Federal Reserve Bank of Philadelphia published an estimate last week that revealed job growth in Q2 2022 was closer to 1% of that figure, indicating that Biden may have been endorsing “malarkey” before the midterm elections despite vowing not to do so.

What specifics are there?
In a report released on December 13 by the Philadelphia Federal Reserve, it was noted that “employment changes from March through June 2022 were significantly different in 33 states and the District of Columbia compared with current state estimates from the Bureau Labor of Statistics’ (BLS) Current Employment Statistics (CES).”

The Department of Labor during the Biden administration houses the BLS.

The Philadelphia Fed’s analysis “found bigger changes in four states, lower changes in 29 states and the District of Columbia, and lesser changes in the remaining 17 states,” in contrast to what the BLS suggested.

The Philadelphia Fed came to the conclusion that “10,500 net new jobs were added during the period rather than the 1,121,500 jobs estimated by the sum of the states; the U.S. CES estimated net growth of 1,047,000 jobs for the period,” basing this on “more comprehensive, accurate job estimates released by the BLS as part of its Quarterly Census of Employment and Wages (QCEW) program.”

The research continued, “Payroll jobs in the country largely remained unchanged from March through June 2022 after controlling for QCEW data.”

Paul Flora, the Philadelphia Reserve’s manager of regional economic analysis, noted that “Large revisions happen mainly because subsequent benchmark revisions include additional BLS data based on a full count from almost all firms, whereas preliminary state estimates are based on a small sample of firms. Additionally, the BLS only releases its benchmark adjustments for state employment estimates once every twelve months.”

Biden stated his department’s estimate with confidence, despite the fact that early BLS estimates are very susceptible to error.

In a statement released on July 28, the Biden White House asserted that “our job market is historically strong, with unemployment at 3.6% and more than 1 million jobs added in the second quarter alone.”

The Hill stated at the time of the White House’s statement in July that Biden hyped what has since been revealed to have been an illusion of a strong job market in order to “claim the U.S. is not in a recession.”

Biden’s false boast was made “in the heat of the midterm election campaign,” according to The Washington Times.

“In the second quarter of this year, we produced more employment than in any quarter under any of my predecessors in the roughly 40 years before the pandemic,” Biden boasted earlier that month.

Sen. Rick Scott (R-Florida) criticized the inaccurate estimate from the Biden administration in a tweet, “By a million jobs, incorrect. This is reprehensible.”

In order to forward his unsuccessful agenda, Scott said that the Biden administration “had been lying to the American people about our economy.”