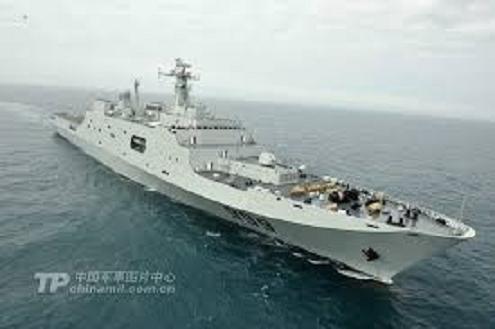 China has reportedly sent warships to the coast of Syria to “observe” the actions of US and Russian ships as tensions build in preparation for a potential military strike on Syria which could come as soon as next week.

According to the Russian news outlet Telegrafist.org, the People’s Liberation Army dispatched the Jinggangshan amphibious dock landing ship and the vessel was seen passing through the Red Sea towards the Suez Canal, the waterway in Egypt that leads to the Mediterranean Sea and waters off the coast of Israel, Lebanon and Syria.

According to the report, the ship has not been sent to engage in any aggressive actions but is merely there to “observe” the actions of Russian and US warships. However, the Jinggangshan is equipped for combat, is armed with missiles, and was utilized as part of a “show of force” in maneuvers aimed at defending the South China Sea earlier this year.

Russian sources have confirmed that the Russian heavy missile cruiser Moskva has been sent to the eastern Mediterranean. China, for its part, is sending its amphibious dock landing warship, the 19,000 metric ton Jinggangshan, a 689-foot-long warship can carry 1,000 soldiers, helicopters, armored fighting vehicles, boats and landing craft. – Vineyardsaker

The report states that additional PLA warships have also been sent to the region but that their identity is unknown.

Yesterday it was reported that Russia was sending three more ships – two destroyers and a missile cruiser – to the eastern Mediterranean to bolster its forces which already include three other warships dispatched over the last two weeks.

Earlier this week, Russia criticized the United States for sending warships close to Syria, with Russian Defense Ministry official Oleg Dogayev remarking, “The dispatch of ships armed with cruise missiles toward Syria’s shores has a negative effect on the situation in the region.”

Five U.S. destroyers and an amphibious ship are currently positioned in the eastern Mediterranean awaiting strike orders. The USS Nimitz and three other warships are also stationed in the nearby Red Sea.

In a related story, China today toughened its rhetoric on Syria, warning President Barack Obama that, “Military action would have a negative impact on the global economy, especially on the oil price – it will cause a hike in the oil price.”

The Global Times, a newspaper described by Foreign Policy Magazine as “hyper nationalistic” and an “angry Chinese government mouthpiece, also published an editorial yesterday which slammed Obama for failing to prove that last month’s chemical weapons attack was the work of the Syrian government, charging that Washington’s “geopolitical interests” in the region were behind the military build-up.

The editorial, which also complains of the total lack of media coverage in America concerning reports that Syrian rebels admitted responsibility for last month’s chemical weapons attack, accuses the White House of “ignoring logic as it beats war drums.”

NewsRescue–Prison Break! Across the Bow and Into the Heart: Obama’s Syria Endgame or WW3?

The largest prison break in recent history. 2000 of al-Qaeda’s baddest gangsters were released from prisons in Libya, Pakistan and Iraq at the end of last July, to do what? al-Qaeda Summit? Read more… 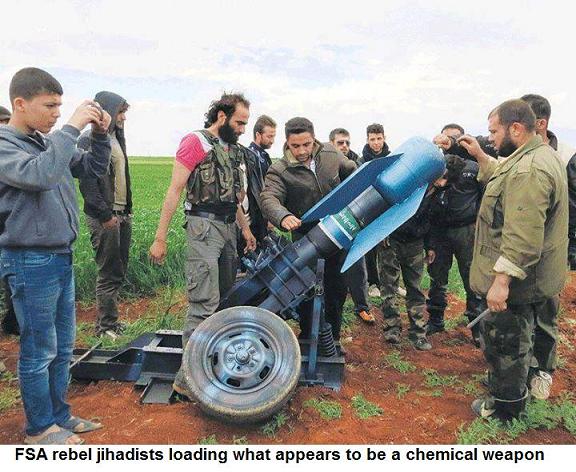 The video below shows the Jinggangshan warship in action during an exercise earlier this year.