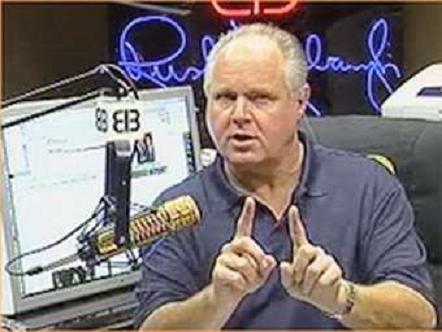 On Tuesday’s broadcast of the Rush Limbaugh show, the talk show host acknowledged reports from the Associated Press that the admitted intelligence on Syria’s chemical weapons attack was “no slam dunk.”

He also announced he believes Obama may have been “complicit” in the attack and possibly helped plan it.

Limbaugh expressed doubt over allegations Assad used chemical weapons against his own people. Limbaugh asked if the allegations are true, what does Assad have to gain?

On Saturday morning, the talk show host received a note from a friend who spent time in the Middle East. In the note, Limbaugh’s friend vouched for Assad, claiming there’s “nothing in it for him,” and “he’s not that kind of guy,” describing the note as “almost a personal reference for Bashar.”

“Anybody can write me anything and say anything, says Limbaugh. I have to be very careful.

“I just can’t accept what somebody sends me in an email and run with it. So, I ran the theory by a couple of people whose opinion on these things I respect over the years. They both said ‘Na, na, na, that’s a little crazy.’”

However, Limbaugh changed his mind when he discovered another piece making similar accusations by a journalist named Yossef Bodansky.

In the article Bodansky argues the “deception playing out in Syria is a deception similar to the one used in Sarajevo in 1995 to provoke air strikes against the Serbs for the benefit of the Bosnian Muslims.”

According to Limbaugh, “If this is true, this is the setup of all time.”

The article alleges the “US had intel involvement dating a week before the alleged chemical weapons attack in meetings that were anticipating a war changing event.”

“We could be looking at a frame job. Pretty big setup,” says Limbaugh.

#VetsOnSyria open petition “We, the undersigned veterans of the United States armed forces, oppose US military intervention in the Syrian civil war.”

“The rebels nerve gassed themselves in order to engineer a response that takes out Bashar, putting the US on the side of Al-Qaeda,” alleges Mr. Bodansky.

Limbaugh’s skepticism of the White House narrative regarding the chemical weapons attack in Syria adds him to a growing list of people who believe the attack to be a staged false flag provocation.

This article was posted: Tuesday, September 3 on Infowars 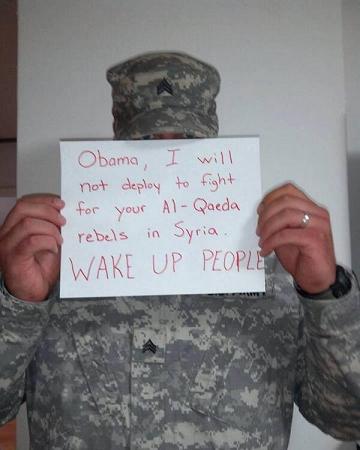