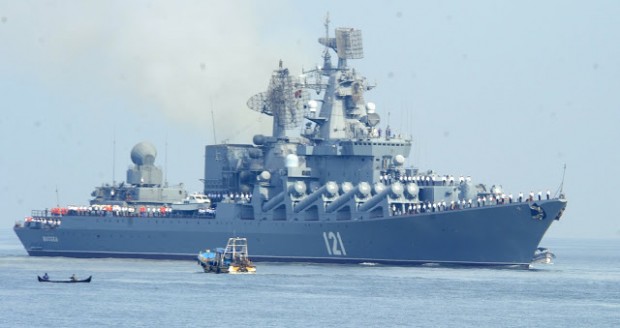 Vladimir Putin has warned the US against launching military action in Syria, stating that Russia has “plans” on how it would react if such a scenario unfolded.

The Russian president’s comments came as Barack Obama for the first time portrayed his plans for US military action as part of a broader strategy to topple Bashar al-Assad, as the White House’s campaign to win over sceptics in Congress gained momentum.

In an interview with Associated Press and Russia’s state Channel 1 television, Putin said it was too early to talk about what Russia would do if the US attacked Syria but added: “We have our ideas about what we will do and how we will do it in case the situation develops toward the use of force or otherwise. We have our plans.” Read more…