In Public Interest, in order to eliminate all further distraction and enable the nation to concentrate on issues that affect the democratic pursuit, it is necessary to make the following information available:Before the press conference held by Femi Falana and myself – that is, even before the Rivers Assembly fracas – I had been c…anvassed by opposing sides of the face-off, both via telephone and physically. One such visit, perhaps the most significant, was made by a Special Adviser in the presidency who outlined what can be regarded as the official rationale for the Governors’ Forum election debacle. In the process of this exchange, he did make certain complaints against Governor Rotimi Amaechi, including charges of a conflict of interests over certain resources. This was implied as the root of division between the Governors’ Forum and the Presidency. 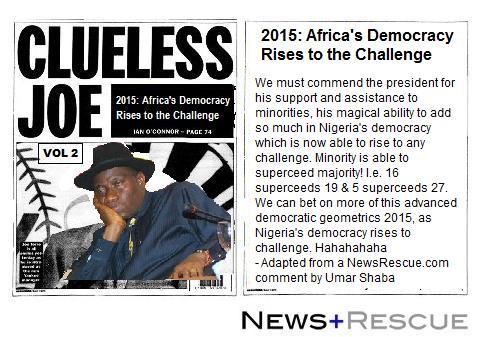 I wrote down the details, informed the emissary that I would pass on these accusations to Governor Amaechi – which I did. That Amaechi hotly denied them and offered contradicting facts, which he urged me to verify, remained, and remains utterly irrelevant to the democratic core of the conflict – and this has been made clear to all interventionists: Keyed into this core are:

(i) the arithmetics of democracy involved in figures 16 and 19 at the time, and now, with increased confidence in impunity, the figures 27 and 5.
(ii) whether or not it is democratic , even cultured proceeding that a state governor is barred from public access anywhere within his own zone of constitutional authority, with the massive security apparatus of the centre, on behalf of an unelected individual.

Even after the Rivers crisis has been resolved, this notorious proceeding will not be permitted to fester unchallenged.

For the rest, since beneath the surface of most Nigerian conflicts will be found inordinate greed for public resources, it is perhaps pertinent to remind ourselves that Oil is not the only marvel to emerge from the Delta swamps. There are also exotic creatures – mermaids, manatees, even mammy watas and hippopotami. However, unlike crude oil, which can be refined, you can extract a hippopotamus from the swamps, but you cannot take the swamp out of the hippopotamus.