New Delhi (CNN) — A 3-month-old baby, whose father has been arrested on allegations he beat her for being born a girl, died Wednesday at a hospital in South India, a doctor said.

The baby, named Afreen, was hospitalized in Bangalore on Sunday with burn marks on her head and a dislocated neck, injuries that police said were caused by her father, Umar Farooq. 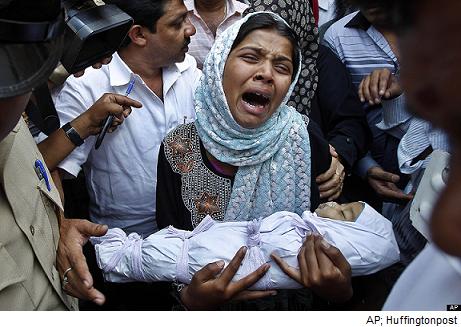 Siddappa said that Farooq had confessed to battering the baby because he wanted a son. According to the police, Afreen was the first child of Farooq and his 19-year-old wife.

The case highlights the preference among many Indians for sons over daughters, a situation that has already created a worrisome gender imbalance in the world’s second most populous nation after China.

A 2011 census report recorded an alarming drop in the percentage of girls among the country’s preschoolers.

For every 1,000 boys aged 6 or younger, the findings counted 914 girls, down from 927 a decade ago — the lowest ratio since India gained independence in 1947, according to the report.

Sex-selective abortions, although illegal in India, are believed to be rampant, often aided by unauthorized clinics.

“The reasons for high number of incidence of female feticide in India include a deep-rooted traditional son preference, continued practice of dowry, and concern for safety of the girl child and exploitation and abuse of women and girl children,” Krishna Tirath, India’s minister for women and child development, said last year.

Once the police began investigating Falak’s back story, they unearthed suspicions of a human trafficking ring. The details sparked outrage among authorities and the public alike, who say the case raises a host of questions about child abandonment, exploitation and the poor treatment of girls and women in India.