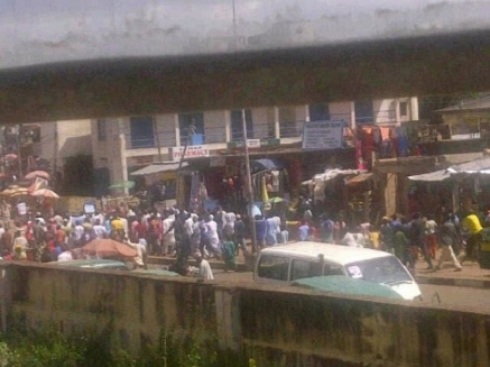 Some irate youths of Afikpo in Afikpo Local Government Area of Ebonyi state took to the streets to protest over power outage in their community for the past seven months.

During the demonstration, three vehicles belonging to the Enugu Electricity Distribution Company (EEDC) were destroyed. Also, commercial activities in the area were brought to halt.

According to Egwu Idama, a resident in the area, the angry youths started the protest around 7am, and headed for the office of the electricity company. Some employees of the EEDC, who sighted the protesters, quickly took to their heels.

“For over seven months, we’ve not had light and we have been paying bills. We told the EEDC workers to stop bringing bills since they don’t give us light but they won’t listen.
“Today, we decided to stop this. We want the right thing to be done. It’s either they give us power or they stop bringing bills because we cannot continue to pay for what we don’t consume,” Idam said.

The Police spokesperson, Chris Anyanwu, who confirmed the incident, said the area commander and his team have already brought the situation under control.