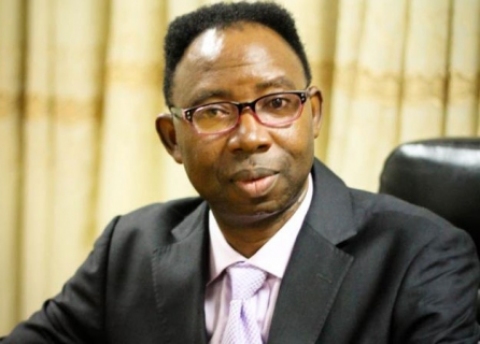 Joseph Olarenwaju Obembe, a former head of the Pentecostal Fellowship of Nigeria (PFN) and the presiding Bishop of Elshaddai Bible Church in Dolphin Estate, Lagos State has been accused by his business partners of acting criminally in a crude oil deal. The bishop’s accusers allege that the cleric sought to cheat them out of a huge amount of cash after some prospective investors offered $9 million for an oil deal.

SaharaReporters learnt that the Bishop was specifically accused of declaring only $1 million to his partners instead of $10 million that was the actual offer by the investors. In addition, the bishop’s accusers allege that he also insisted that 10% of the $1 million he fraudulently declared as the total receipts must be paid as tithe to his church.

In December 2010, Mr. Obembe filed a lawsuit in which he accused his partners of forgery and altering the letter-head of Elshaddai Petroleum Limited with intent to dupe his company to the tune of N100 million. However, his witnesses at the trial as well as other partners contradicted his claims, stating that the Bishop was himself responsible for any fraud that happened in their business relationship.

Testifying last Wednesday before Justice Okunnu of the Lagos State High Court in Ikeja, a defense witness, Julius Sajuyigbe, asserted that the Bishop’s greed and intent to defraud broke their relationship.

Helyn Aninye, a witness called by Bishop Obembe, had in her earlier testimony portrayed the bishop as the traitor whose greed caused the collapse of the business relationship.

Court testimonies have painted the picture that the now soured business journey started in 2006, when the partners, who include, Mr. Remi Folorunsho, Pastor Olagunju, Bishop Obembe and Mr. Sajuyigbe signed an agreement to pursue an oil bloc.

Mr. Sajuyigbe said he facilitated the meeting of all the partners, adding that Ms. Aninye was the last partner to join, bringing the number of partners to five.

The partners appeared set to flourish when they won their bid for the oil bloc marked ‘294’ in the Niger Delta for $51 million. Unable to finance the business, the partners went searching for investors in their oil bloc.

Ms. Aninye told the court that all partners were made directors in the El Shaddai Petroleum Company. She added that the firm had not filed all the relevant forms to be registered before the partnership began crumbling.

She also disclosed that the original owners of Elshaddai Petroleum Limited were Bishop Obembe, his wife and kids, but that after the successful bid for an oil bloc, the new partners were to become the new owners and directors of the registered oil company to continue their new business.

A defense witness, Mr. Sajuyigbe, said the partners agreed that Bishop Obembe should remain as chairman of the company, while Mr. Folorunsho began serving as the Chief Executive Officer. Ms. Aninye, who is a lawyer, served as company secretary and legal adviser. The witness said he served as Finance Director while Pastor Olagunju had no special function but served as liaison for the team abroad because he is based outside the country.

Several witnesses testified that some investors showed interest in the oil bloc and offered to fund the business. However, the partners agreed to accept one of the prospective investors, IGI, introduced by the bishop.

However, Mr. Sajuyigbe, who corroborated testimony of Ms. Aninye alleged that Bishop Obembe concealed the actual value of IGI’s investment, which was $10 million. He told the court that the bishop declared only $1 million to the other partners, and demanded 10% of the $1 million as tithe to his church.

The witness said they later discovered from reliable sources that the actual amount offered by IGI was $10 million. He revealed that the discovery led to a rift in the partnership. He told the court that, when the partners confronted Bishop Obembe over his fraud, the cleric described it as “a mistake of the mind and not of the body.”

A lawyer familiar with their partnership told SaharaReporters that the other partners opened a new domiciliary account and advised IGI to pay its investment there. He added that the partners informed the bishop of their move, which was designed to checkmate his fraud. A reportedly furious Bishop Obembe then decided to file a lawsuit accusing the other partners of “forgery” of letter-head to in order to enter into correspondence and for the purpose of opening a new account.

Further hearing was adjourned till January 29, 2014.