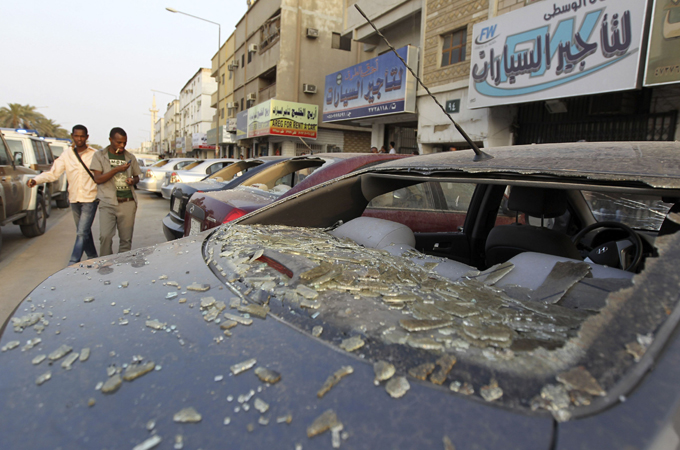 Frustration grows over Saudi deportations; more than 23,000 Ethiopian workers have surrendered to Saudi authorities. It follows a crackdown on illegal immigrants in the kingdom. Thousands more migrant workers are waiting to be deported while others have taken to the streets in anger. Three people, including a Saudi national, were killed in clashes on Saturday.

Video: Saudi Govt. Beats Africans As It Cracks Down On Immigrants To Boost Local Employment 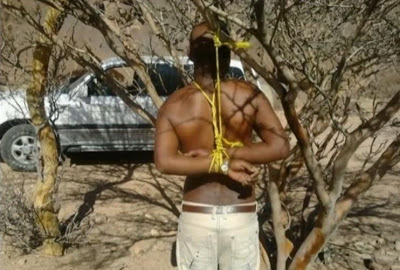 Ethiopian refugee tied to tree by captives, May in Saudi Arabia

To improve employment opportunities for indigens, the Saudi dictatorial regime has embarked on a violent crackdown on immigrant workers, mostly black African, especially from neighboring Ethiopia, in the kingdom.

A petition seen below was created in this regard as video’s like the one below are very displeasing.

PETITION: RISE UP FOR THE PEOPLE – STOP ABUSE TOWARDS MIGRANT DOMESTIC WORKERS WORLDWIDE

CHANGE.org: In Saudi Arabia’s latest racist and anti-immigrant movement, they have launched an “all-out” crackdown on “illegal” migrants. It is a well documented fact that police and immigration authorities in Saudi Arabia routinely abuse people who are stopped or detained, especially workers from Third World Countries. I have personally been receiving devastating and heartbreaking reports generating directly from the victims families. Vivid descriptions of the severe human-rights violations migrant domestic workers are being subjected to include robbery, torture, rape, lynching and murder. The reports and numbers of victims rise daily.

Alem Dechasa, a 33 year old Ethiopian Wife and Mother of two children, was filmed being beaten and dragged into a car in the streets of Beirut by men who allegedly worked for the company that recruited her as a migrant domestic worker. A few days later, she was found dead in a hospital, having apparently killed herself.

Alem’s case exposed the plight of migrant domestic workers who regularly suffer abuse at the hands of their employers not just in Lebanon.

Ideologies justifying the context of these human rights abusers, include stereotypes that immigrants are a burden on the economy, and prevent citizens from getting jobs, etc. Most migrant workers live on the margins of society in their host countries and these views are false. In reality the role of domestic migrant workers has not been marginal. They are not depriving citizens of jobs, but rather, they provide services which are often essential. In light of the absence of all these services abruptly ending after the extraction of migrant workers in Saudi Arabia, reports of the nations state of disarray are rising. Numerous sectors of the economy have been hit including the closing of shops, restaurants, even schools and construction sites have been abandoned.

Domestic migrant workers are typically considered Third Country Nationals and, not surprisingly, the story of their suffering is getting minimal coverage from International media. To add insult to injury, Governments, as well as local and International media have turned a blind eye, remained silent and overlooked these massive crimes against humanity. The reason the perpetrators of this abuse are able to exercise their form of institutionalized racism is because they know that the migrant workers Governments, are not going to do anything about it. Unfortunately, these Governments are the weakest link and that is why the Arabs choose to take advantage of our defenseless people. Governments who have not taken any assertive action to defend their nationals who are suffering, should be ashamed of themselves! Shame on them for not standing up for their citizens! In many countries around the world, Government is not based on the consent of the people for these very reasons.

It is time for ordinary people of the World to, “Rise Up For The People,” currently under siege in Saudi Arabia and many other parts of the World!

We have to unite, fight for and be the the collective voice of an engaged Global civil society that speaks on behalf of our violated fellow human beings. We cannot remain silent and watch the human rights of these innocent domestic migrant workers be violated. It is criminal not to rise up together to stop and exercise the growing Power of the People’s voice. We will ensure that their suffering is not in vain. Our campaign can and will transform their plight now.