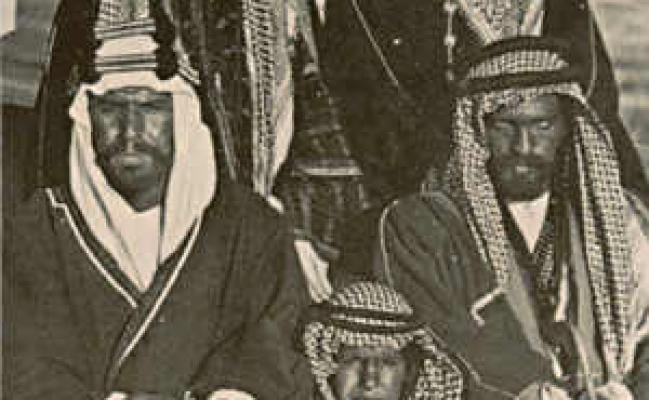 NewsRescue– A 2002 Iraqi Intel document reported that Wahhabis (Salafi extremists) are of Jewish origin. Does this link to their cooperation with the West and the House of Saud’s staunch hatred for Iran, Syria and many other Muslims? Also is this history connected with 911, which paved a path for the West to invade all Muslim nations; an event with many terrorists from the Kingdom, supported with intel and financing from Saudi government sources, yet these Royals were granted “diplomatic impunity” by the US government. See: Saudi Royals Funded 9/11: Lawyers- NY Times report

The U.S. Department of Defense has released translations of a number of Iraqi intelligence documents dating from Saddam’s rule.  One, a General Military Intelligence Directorate report from September 2002, entitled “The Emergence of Wahhabism and its Historical Roots”, shows the Iraqi government was aware of the nefarious purposes of the Wahhabis of Saudi Arabia, often known as Salafis, in serving Western interests to undermine Islam.

The report relies heavily on the Memoirs of Mr. Hempher, which describe in detail how a British spy to the Middle East, in the middle of the eighteenth century, made contact with Adbul Wahhab, to create a subversive version of Islam, the notorious sect of Wahhabism, which became the founding cult of the Saudi regime.  The movement was temporarily suppressed by the Ottomam armies in the middle of the nineteenth century.  But with the assistance of the British, the Wahhabis and their Saudi sponsors returned to power and founded their own state in 1932.  Since then, the Saudis have collaborated closely with the Americans, to whom they owe their tremendous oil wealth, in funding various Islamic fundamentalist organizations and other American covert operations, particularly the “jihad” in Afghanistan.  But the Saudis simulatenously use the immense wealth at their dispossal to disseminate this disruptive brand of Islam to various parts of the world, categorized by some of the largest propaganda campaign in history.

Many who defend Wahhabism as a legitimate reform movement of Islam have tried to dismiss the Memoirs as a spurious fabrication.  These include Bernard Haykel, Professor in Near Eastern Studies at Princeton University, who, without providing any evidence, presumes the Memoirs to have been created by Ayyub Sabri Pasha.

However, while the Memoirs only emerged in the 1970s, Pasha wrote his version of the story already in 1888.  Ayyub Sabri Pasha was a well-known Ottoman writer and Turkish naval admiral, who served the Ottoman army in the Arabian Pensinsula, writing several works about the region and it’s history.  Including The Beginning and Spreading of Wahhabism, where he recounts Abdul Wahhab’s association and plotting with Hempher.

In addition to that revealed in the Hempher Memoirs, the Iraqi intelligence report also makes known some surprising claims, derived from works circulated in Arabic which have not been translated into English.  As the report recounts, both Abdul Wahhab, and his sponsor, ibn Saud, who founded the Saudi dynasty, were of Jewish origin.

For example, D. Mustafa Turan wrote, in The Donmeh Jews, that Muhammad ibn Abdul Wahhab was a descendant of a family of Donmeh Jews from Turkey.  The Donmeh were descendants of followers of the infamous false-messiah of Judaism, Shabbetai Zevi, who shocked the Jewish world in 1666 by converting to Islam.  Viewing it as a sacred mystery, Zevi’s followers imitated his conversion to Islam, though secretly keeping to their Kabbalistic doctrines.  In Europe, the Shabbeteans were eventually led a century later by Jacob Frank, claiming to be a reincarnation of Zevi.  And, according to Rabbi Antelman in To Eliminate the Opiate, to them belonged the Rothschilds who had a hand in the founding of the Bavarian Illuminati.  The Donmeh community of Turkey were concentrated in the city of Salonika, which became a hotbed of Masonic activity, and from which the Young Turk movement evolved, which aided in the collapse of the Muslim empire of the Ottoman Turks.  There is evidence that Ataturk himself, the founder of the modern Turkish state, was of Donmeh origin as well.

Turan maintains that Abdul Wahhab’s grandfather, Sulayman was actually Shulman, having belonged to the Jewish community of Bursa in Turkey.  From there he settled in Damascus, where he feigned Islam, but was apparently expelled for practicing sorcery.  He then fled to Egypt and he again faced condemnation, so made his way he to the Hijaz, where he got married and fathered Abdul Wahhab. According to the report, the same is claimed in The Donmeh Jews and the Origin of the Saudi Wahabis, Rifat Salim Kabar.

The notion of the Saudi family being of Jewish heritage has been published by Mohammad Sakher, who, it is claimed, was ordered killed by the regime for his revelations.  The report relates a similar account, but from different sources.  According The Wahabi Movement/The Truth and Roots, by Abdul Wahhab Ibrahim Al-Shammari, for example, ibn Saud is actually descended from Mordechai bin Ibrahim bin Mushi, a Jewish merchant from Basra.  Apparently, when he was approached by members from the Arabian tribe of Aniza, then claimed to be one of them, and traveled with them to Najd and his name became Markhan bin Ibrahim bin Musa.

Additionally, Abdul Wahhab was descended from Wahib Al-Tamimi, so, as reported by al Said Nasir, in The History of the Saud Family, the Saudi ambassador in Cairo, Abdullah bin Ibrahim al Mufaddal, paid Muhammad Al-Tamimi thirty five thousand Jinee in the year 1943, to forge a family tree of the Saudi family and that of Abdul Wahhab, and merge them into one, claiming their origin from the Prophet Mohammed.

While it would be difficult to independantly authenticate these claims, they are interesting in light of the role that the state of Saudi Arabia has and continues to play with regards to supporting and advancing Western power in the Middle East and elsewhere.  Especially astounding is the very dubious and virulent form of Islam, that Wahhabism and Salafism represent, which is currently wrecking havoc on Islamic traditions, and dividing the Muslim community in petty squabbles over trivial details, allowing the War on Islam to proceed effectively unchecked.