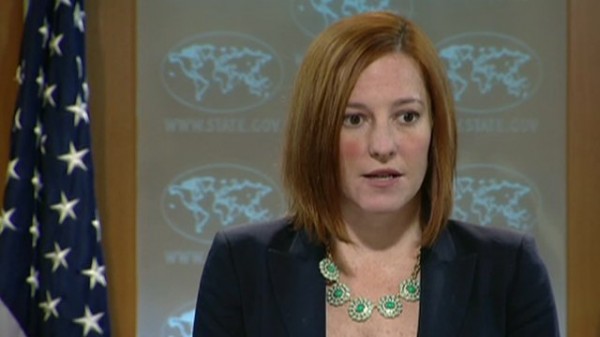 Below is the press release from the U.S. Department of State regarding the terrorist designations of Boko Haram and Ansaru.

The Department of State has announced the designation of Boko Haram and Ansaru as Foreign Terrorist Organizations (FTO) under Section 219 of the Immigration and Nationality Act, as amended, and as Specially Designated Global Terrorists under section 1(b) of Executive Order 13224. Boko Haram is a Nigeria-based militant group with links to al-Qa’ida in the Islamic Maghreb (AQIM) that is responsible for thousands of deaths in northeast and central Nigeria over the last several years including targeted killings of civilians. Also operating in Nigeria, Ansaru is a Boko Haram splinter faction that earlier in 2013 kidnapped and executed seven international construction workers.

These designations are an important and appropriate step, but only one tool in what must be a comprehensive approach by the Nigerian government to counter these groups through a combination of law enforcement, political, and development efforts, as well as military engagement, to help root out violent extremism while also addressing the legitimate concerns of the people of northern Nigeria. All of our assistance to Nigeria stresses the importance of protecting civilians and ensuring that human rights are respected. That assistance and these designations demonstrate U.S. support for the Nigerian people’s fight against Boko Haram and Ansaru.

These designations will assist U.S. and other law enforcement partners in efforts to investigate and prosecute terrorist suspects associated with Boko Haram and Ansaru.

Boko Haram has been conducting an ongoing and brutal campaign against Nigerian military, government, and civilian targets. Among its most lethal attacks, Boko Haram carried out indiscriminate attacks in Benisheikh, Nigeria in September 2013 that killed more than 160 innocent civilians, including women and children. Boko Haram has also conducted attacks against international targets, including a suicide bombing of the United Nations building in Abuja on August 26, 2011, that killed 21 people and injured dozens more, many of them aid workers supporting development projects across Nigeria.

The consequences of the these FTO and E.O. 13224 designations include a prohibition against knowingly providing, or attempting or conspiring to provide, material support or resources to, or engaging in transactions with, Boko Haram and Ansaru, and the freezing of all property and interests in property of the organizations that are in the United States, or come within the United States or the control of U.S. persons. The Department of State took these actions in consultation with the Departments of Justice and Treasury.”