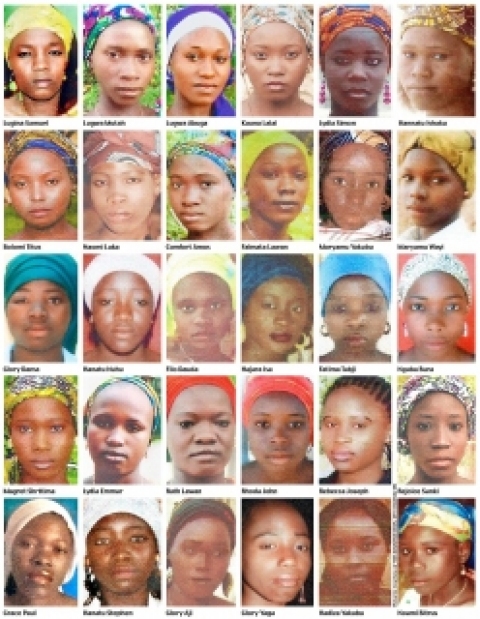 NewsRescue-Nigeria’s military has claimed that Sambisa forest is laden with mines and booby traps, which is what stops the army from rescuing over 200 abducted girls; however the successful escape of these women who wondered the forest without being blown to bits, puts the military excuse to question.

Three days after 63 women and children reportedly escaped from Sambisa Forest, the base of the deadly Islamist sect, Boko Haram, another 30 women and children have also escaped. A senior military officer gave a correspondent of SaharaReporters exclusive information about the latest escape.

The officer revealed that the escapees were mostly from Borno State and were abducted in a series of attacks by the Islamist sect. He stated that he was not in a position to comment on whether the escapees included some of the schoolgirls abducted by the Islamist terrorist group in a daring operation on April 14 that shocked the world and created global protests for the girls’ return or rescue.

The officer said the latest batch of women and children who escaped from their abductors appeared in Madagali local government area of Adamawa State after wandering through forests for days. The location where the escapees showed up is a border area between Adamawa and Borno States.

Our military source described the escaped women and children as distressed, disoriented and famished, adding, however, that they were relieved to have regained freedom.

James Watarda, the chairman of the Madagali local government area, also confirmed reports about the escapes.

Our military source revealed that the women and children had been rushed to an undisclosed hospital where doctors and other medical staff are assessing their physical and mental conditions. He added that the victims had made statements about their harrowing experiences at the hands of their Islamist abductors in the forest. “They have talked about how some of them who were trying to escape were killed and some forced back when armed Boko Haram militants discovered them escaping.”