Baring any last minute change of plans, the Federal Government has concluded arrangement to commence the trial of former Petroleum Minister, Diezani Allison-Madueke and all those fingered in fraudulent activities in the oil sector which has cost the country over $50Billion, highly placed sources within the security apparati and the Presidency, have told Pointblanknews.com.

Diezani Alison-Madueke, has already been arrested today by a combined team of Interpol and Met Police in London, a source in London confirmed to Pointblanknews.com.

Already, the Economic and Financial Crimes Commission, EFCC, The Department of State Security Service, DSS, the Independent Corrupt Practices Commission, ICPC, the Ministry of Justice and other agencies set up to probe the Petroleum Ministry and the Nigeria National Petroleum Corporation, NNPC, have all concluded reports and findings and forwarded to the Presidency. 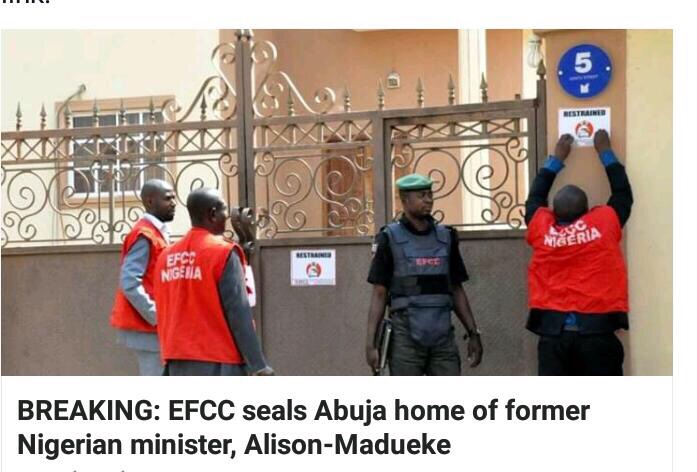 One of the sources privy to the investigations, but pleaded anonymity told Pointblanknews.com that the President is bent on commencing the trial in earnest because of his belief that a large chunk of the monies stolen by companies and individuals, who operated in the oil sector, would be recovered.

It was gathered that findings from investigators indicated that a sum of $4.5Billion which was supposed to have been deposited into the Federation Account by Jide Omokore and Kola Aluko’s Atlantic Energy have been traced to foreign accounts. The accounts, according to investigators are in LGT Bank, Switzerland with account number 2006431.

Omokore and Aluko, according to investigators are one of Diezani’s front.

The are alleged to have carried out the fraud in the oil sector under the cover of the former Petroleum Minister. 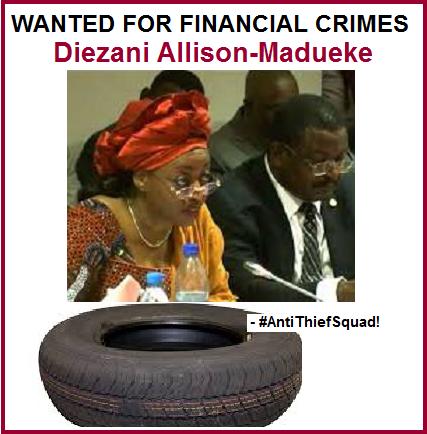 A source hinted that while investigators were unearthing damning
documents, Omokore, on the advice of Diezani, offered to pay $500million back to the Federations account but a visibly angry President Mohammadu Buhari was said to have rejected the offer, insisting the refund of the full $4.5billion.

Investigators discovered that in 2013, Atlantic Energy lifted about
2million barrels of crude oil with cash value of $240million, but paid $68million only. In 2014, investigators also discovered that Atlantic Energy lifted about 500,000 barrels of crude oil at a cash value of $54 million but paid nothing to the federation account.

Chief among those slated for prosecution in the next two weeks are those indicted in the fraud associated with the petroleum subsidy where Billions were allegedly stolen by marketers and those invovled in series of fraud in the Petroleum sector, a source privy to the investigation told Pointblanknews.com.

Others slated to face trial for varying degrees of fraud and money
laundering  are: Transfigura which is unable to account for $80million, Ontario Oil which defrauded the oil sector of $135million, Aiteo $150million, Sahara Energy $120million.

Pointblanknews.com gathered that some serving and former officials of the Nigeria National Petroleum Corporation, NNPC, were linked to several fraudulent activities carried out in the oil sector and as such will be prosecuted also in two weeks.

The source alleged that the former NNPC officials and Oil Marketers helped or connived with former Petroleum Minister, Diezani Madueke to defraud the nation of over $50Billion.

Transfigura was reportedly unable to account for $80 million, while Aiteo apparently gulped down $150 million. Other oil firms named in the defrauding of the Nigerian people are Ontario, which failed to account for $135 million, and Sahara Energy, accused of skipping the payment of $120 million to the government.

Aiteo, owned by Peters and Ontario who were curiously awareded several oil contracts allegedly gave investigators several forged documents and cooked up records. An investigator also disclosed that the two companies are most directly linked to Mrs. Alison-Madueke.

The Aig-Imoukhuede committee had recommended that all the indicted marketers refund N382 billion to government.

Mr. Imoukhuede had however advised Nigerians not to expect that all the money would be recovered.