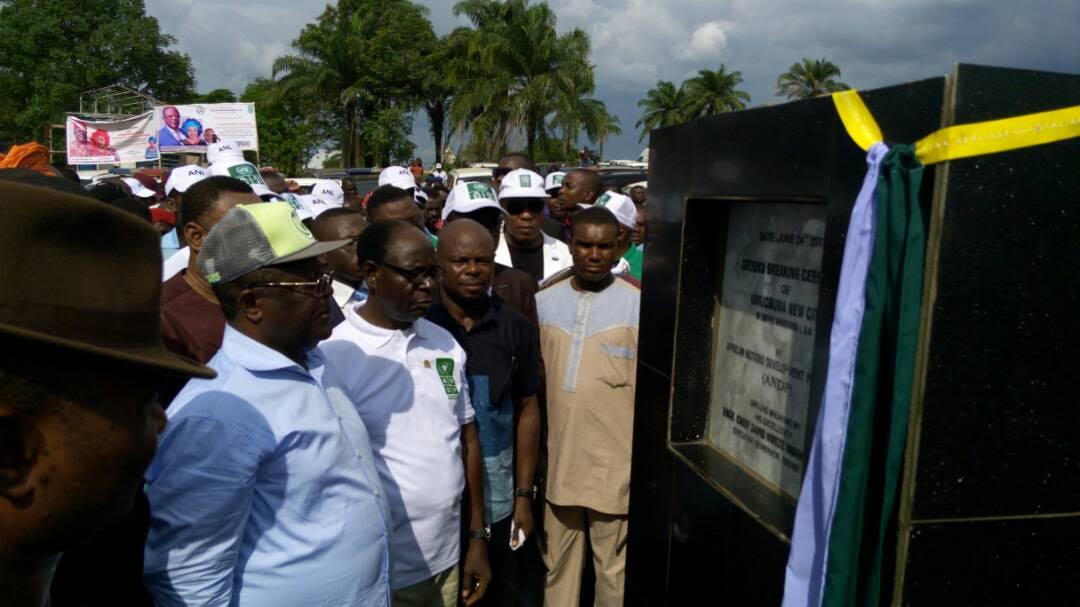 The 5,000-unit mega city housing project in Ebonyi State being bankrolled by the Africa Nations Development Programme (ANDP) has been described as yet another milestone by the administration of Governor Dave Nweze Umahi. Commending Umahi for attracting the project, the David Umahi Nweze Akubaraoha Ebonyi Transformation Agenda (DUNAETA) noted that the feat has once again proved that Engr. Umahi is one of the best things that have ever happened to Ebonyi State.

“This housing project that will comprise of 5,000 detached two bedroom bungalows and other facilities such as schools, water, electricity, police station, barracks, hospitals among others is not only a milestone but also a strategic move to put Ebonyi in the league of the most developed states in Nigeria. This project that will be executed by this international body will cost the Ebonyi State Government little or nothing apart from the donation of the land and construction of a two-kilometre road to the site,” DUNAETA said in a statement issued on Friday in Abakaliki, the state capital, by the Founding President, Lady Monica Chidinman Ada Eze.

Governor Umahi, who laid the foundation for the project last Saturday in Umuobuna Etiti Uburu in Ohaozara Local Government Area, has pledged that a similar project would be sited at Izzi Local Government Area. DUNAETA expressed profound gratitude to Umahi, ANDP Director General, Ambassador Samson Omojuyigbe, and the people of Umuobuna Community, who donated the land, for making the project a reality.

The group also commended Governor Umahi for the arrangements which his administration has concluded with the Bank of Industry to deposit N2 billion to fund small scale industries in the State, which will be made available to any group of people in the state with viable projects. DUNAETA equally expressed joy that efforts are being made to assist investors interested in the development of limestone and salt in the State, while the administration is cooperating with a multi-national cement company, Larfage, which is at the final stage of establishing the biggest cement factory in the country in Ebonyi, even as efforts are in progress to see that Nigercem in Nkalagu resume production soon.

Lady Ada Eze a.k.a Ada Ebonyi, who is a daughter of Umuobuna Community in Uburu, assured that DUNAETA will cooperate with other stakeholders to ensure that Governor Umahi is re-elected in 2019 without any hassle. “To us in Ebonyi State, Umahi has nothing else to prove as he has demonstrated without any reasonable doubt that he is a leader who has the vision to take Ebonyi State to the next level. We urge the good people of Ebonyi State to speak with their votes in 2019 and ensure that landslide victory for Governor Umahi so as to ensure that he gets four more years with which to build on the great foundation he has laid for our dear State,” DUNAETA said.