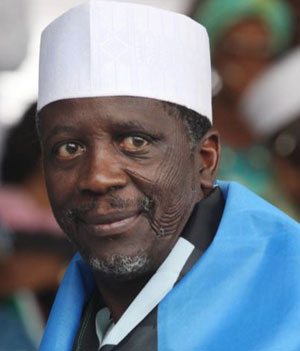 Two-term governor of Sokoto State, Alhaji Attahiru Bafarawa, was among the top politicians who were recently questioned by the EFCC for collecting money from the office of the NSA. But unlike others who are angry over their invitation by the anti-graft agency,

I can say that I left behind legacies that generations yet unborn will be very proud of.   We had a good leader, Chief Olusegun Obasanjo, who was committed to fighting corruption and he created many institutions like the EFCC and the ICPC to handle the job. Whatever name you want to give him; whether he did it for fighting corruption or for witch-hunting, at least, it assisted in fighting corruption. He laid a foundation, he realised there was corruption and he fought it. After he left, his successors -YarÁdua and Jonathan-did not do much to fight corruption and that exacerbated the monster in the land.

Today, one can say that up to 90 percent of Nigerians are corrupt because when you go to the grassroots level, that is where corruption starts. The electorate will demand money before they elect you into office no matter how good you are, no matter the kind of ideology you have and intend to bring for their own good. If you don’t give them money, they would not support you. The game is that anyone who comes and shares money to them gets the support and nothing more. Read full interview on Vanguard