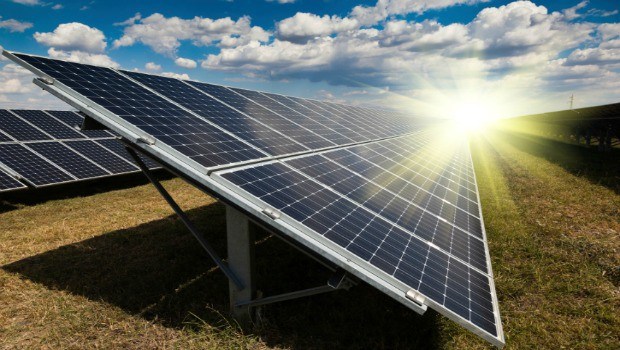 Some politicians calling for the implementation of the recommendation of the 2014 National Conference might not actually be clamoring for some of conference’s recommendations such as the creation of 18 more states, asking churches and mosques to pay taxes and that all members of the legislative arm should serve on a part-time basis.

They could have their eyes on the conference recommendation which talks about resource control – probably the local control of massive reserves of oil and gas in the south. Unfortunately, no single source of energy can guarantee energy security and prosperity.
The surest route to economic prosperity is through manufacturing, which is powered by energy. China is a good example of a country which has taken this route.

With the abundant sunlight in northern Nigeria and the recent power purchase agreements (PPAs) signed with solar energy providers, Nigeria seems to be expanding its energy mix.

Northern Nigeria has a great role to play in guaranteeing Nigeria’s energy security. Nigeria receives an average radiation of 7 kWh/m2 per day in the far north and about 3.5 kWh/m2 in the coastal latitudes. Interestingly, there are also large expanse of lands in northern Nigeria to lay massive lengths of solar panels. It is not surprising that private capital is coming into the north for the construction of solar power plants.

With the signing of a number of PPAs with solar energy firms, states like Katsina, Kaduna, Sokoto and Bauchi could add over 1000 megawatts (MW) of power to the national grid, a third of Nigeria’s current generation, in the coming months and years.

And with the right policies, these megawatts could increase. After all, the US has a solar capacity of 10 gigawatts (GW).

To guarantee prosperity, Nigeria needs to start thinking like other oil-rich nations. For example, UAE plans to produce 44% of its electricity from renewable (solar and wind), 38% from gas, 12 percent from fossil fuel and 6 % from nuclear in 2050. The Gulf state is investing $163 billion in its ambitious plan on renewables.

UAE’s decision is good economics. Investment in solar energy guarantees a long-term, stable and inflation-protected return. Unlike gas-fired power plants which need gas supply from oil companies, solar plants need virtually nothing. The price of gas in the global market has no effect in the supply of electricity from solar plants. Also, in terms of risk, solar power plants are not connected to pipelines, which are prone to vandalism.

There are other good news in terms of economics. The price of solar electricity, after factoring in the cost of plant construction, is now coming down. Thanks to technology. Last year, a solar firm, Solarpack, contracted to sell solar electricity in Chile at just $29.1 per megawatt hour, almost half of the price of electricity from gas-fired power plants in Chile.

Comparing the current pricing in Chile to Nigeria’s tariff system, would amount to paying just N10.6 per kilowatt hour. This means in the long term, there is a possibility of producing very cheap electricity from solar plants currently built in northern Nigeria. Cheap electricity will turn around the fortunes of Nigeria.

Health wise, more gigawatts can be added to Nigeria’s energy mix without fear of noise and air pollution. This means Nigeria could industrialize without harming its environment.

As a nation, we need the sunlight and vast expanse of land in north. The south and north need each other.