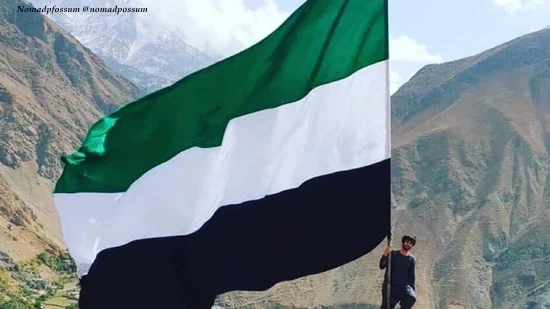 A UK-schooled Afghan youth known as the “Lion of Panjshir” is leading an uprising from the mountains against the new Taliban government since Biden’s unceremonious US exit.

32 year old Ahmad Massoud is the son of a legendary mujahideen commander Ahmad Shah Massoud, and he is said to be working for Afghanistan’s former spy chief and vice president, Amrullah Saleh who supplies the “National Resistance Front of Afghanistan” as their group is called, necessary intel.

The NRFA has so far killed as many as 100 Taliban fighters in their resistance directed from the Panjshir mountains, north of Kabul.

I just spoke to Ahmad #Massoud on the phone. He told me: “I am the son of Ahmad Shah Massoud; surrender is not part of my vocabulary.” This is the start. The #Resistance has just begun. #Afghanistan #Panjshir #Kabul #LionOfPanjshir @ahmadmassoud01 pic.twitter.com/Xlj8mKKr1v

Beautiful, wild Panjshir Valley in Afghanistan, the region that has never yet surrendered to the Taliban. Vice-President Saleh has retreated here with the son of Ahmad Shah Massoud, the Lion of Panjshir, raising the flag of the Northern Alliance. pic.twitter.com/qNS3BWlUBk

Ahmad Massoud, son of Ahmad Shah Massoud, slain ex-Def Min & 'Lion of #Panjshir" who resisted Soviet & Taliban1.0, has started gathering strength to resist or ally at his own terms with Taliban2.0. Will definitely be backed up by Anti-Taliban local & global support. pic.twitter.com/lxpfgVIHwM