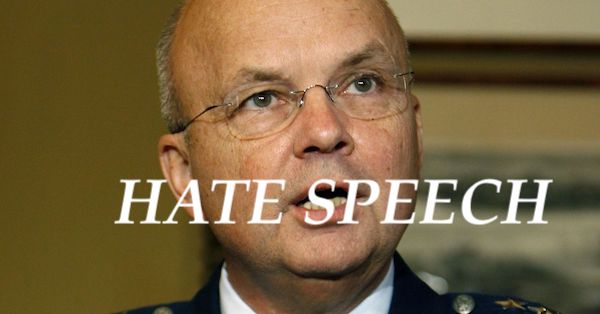 Reacting to a tweet that suggested deporting the so-called class of Americans to Afghanistan so the US evacuation planes do not return empty, Hayden known for warrantlessly wiretapping Americans under the Bush administration, said “Good idea.”

Hayden then retweeted an image that juxtaposed the Taliban riding into Kabul with Trump supporters at a car rally with caption “Their Taliban, Our Taliban.”

This is the latest hate speech as the mainstream media supported by the Biden administration increases its efforts to promote dangerous sentiments against Americans expressing their right to choose and refuse non approved experimental therapy.

Hayden’s tweets were responded to with derogatory remarks from angry social medialites.