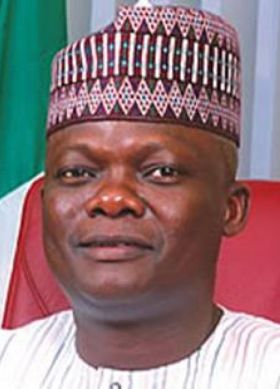 It is generally acknowledged that in a democracy such as ours, especially where voter apathy is replete, quite frequently, the  number of persons required to determine who ultimately wins general elections is usually well below the total number of registered voters.

However, in a delegate election, such as is required to determine who a party’s flag bearer would be, it has come to be the norm that career politicians, constituting the delegation decide en masse who that standard bearer should be.

Given therefore the importance of delegates in determining the pendulum of elections, it is very imperative that this responsibility is taken with the seriousness it deserves and with a high sense of duty.

For instance, it is no longer news that the PDP won the last governorship election held on June 26, 2014 in Ekiti State, in an unprecedented manner in the history of politics in Nigeria. But perhaps, that may not have happened if Fayose (the best candidate PDP could have fielded) had not been the flag bearer.

In the context of delegate elections, every single vote is significant just as the personality of the candidate. This scenario cannot be more apt than in the forthcoming elections in Oyo State. If the PDP is to oust the incumbent APC government in the state, then getting a competent and acceptable candidate during the primaries holds the key.

As the aspirants traverse the length and breadth of Oyo State in a bid to convince first the party leadership and then the electorate, they do so with the aim of maximizing their overall vote count.

Whether a party can increase her vote count on Election Day is determined by the choice of delegates; this choice is usually a factor of party affiliation, social group allegiance, the candidate’s personality, consideration of the issues or policy, political advertising and media coverage.

The personality of the candidate is a major factor in winning elections in Nigeria even over political affiliation which hitherto was a dominant factor.  This perhaps made Pierce J. Howard to assert that “Personalities at work are like cars in the city: They often can keep us from our destination.”

Hence, the need for the PDP in Oyo state to get it right in the choice of the party flag bearer. The personality of the candidate is so important that it explains why political candidates assume and fake all sort of behaviors and mantras, accolades and titles which do not necessarily represent their ideals or values just for the sake of politics to lure or deceive the electorate.

A case in point is the laughable manner that a man who was trounced at the polls in a most humiliating manner by the present occupant of the Oyo state government house; whose stint as governor was synonymous with executive recklessness, political rascality and impunity would roll on stage and sing some funny church hymns and songs all in a bid to show us he has changed.

A man, whose only attribute or claim to leadership is the massive war chest which he boasts, a treasure trove that is most likely part of the people’s common patrimony that the Nigeria state is battling to reclaim in the case against him with the EFCC, must not be allowed by delegates to hoodwink them into giving him their mandate.

If this man could not defeat the current governor as an incumbent, then, it is only foolhardy to believe that Otunba Alao Akala will have something new to offer.

It is against this backdrop that the entrance of Senator Teslim Folarin into the fray truly represents a breadth of fresh air. It is becoming clearer by the day that his impeccable personality and unimpeachable character during his stint as the Majority Leader of the Nigerian Senate is a political capital for any party, let alone the PDP.  His affable, non-elitist and practical politics is quietly gaining traction with the people of Oyo.

It is not therefore surprising that the pendulum seems to be tilting in his favor thereby attracting violent opposition from very unpopular quarters. Teslim has publicly declared that he is not corrupt and so far, not even his avowed critics have been able to dare or challenge him. The spotlight is on other PDP aspirants to stand the test of integrity and morality.

It is at this point that we must warn the delegates and indeed, the party not to allow themselves fall prey to the antics of some misguided aspirants who think they can purchase the elections. We are not unmindful of the Oyato crooner’s alleged plans to buy the delegates and party chieftains with a mind boggling sum of N3 billion.

Let no one make mistakes, the stake is too high in the forthcoming election. PDP delegates and supporters  must work hard as never before and be prepared to defend the will of the people, knowing their vote counts. This is not the time to follow one selfish individual down the road of perdition. Of course, we have heard about his plans to abandon ship once his failed ambition is unravelled during the elections.

Oyo State needs a man naturally configured with charisma, independent minded, great foresight; a man who has been tested by his own personal industry and expansive records of achievements in the public service. Let’s recollect the sayings of Michelangelo: “Every block of stone has a statue inside it and it is the task of the sculptor to discover it.”

On this basis, Teslim Folarin, as one of the governorship aspirants under the PDP stands out like a shining model of a competent “sculptor” that can be trusted to carry the mantle of governorship for the people of Oyo State.

He has been nationally tested as one who pioneered change in the Senate of Nigeria as Senate Leader, a position that made him the highest ever political office holder from Oyo state. Anyone who has had the opportunity to come across the campaign live speeches of Teslim Folarin or his displays during his time at the National Assembly will be struck by his high intelligence, candor , humility and empathy for the plight of the downtrodden. Could this account for why opponents want to pull him down at all costs? Does this explain the resort to violence and money politics by our black man in fake fair skin?

TESLIM FOLARIN, who graduated from the great premier university, the University of Ibadan, is neither known to be boastful of his certificates or visible achievements. It is easy to see him shopping in any of the malls in Ibadan, strolling with his family unaccompanied or taking a walk around his resident and freely relating with people without regard to their social status.

Though several permutation are flying around on who will be the PDP’s flag bearer in 2015, only a few will disagree that more than 70% of the party elders of Oyo state are at home with Senator Folarin.

The party leadership needs to know that the operation South-West take over can be best achieved with this man of honour and great antecedents. Another major factor to consider while going further with this is the senatorial district he comes from. We must learn from history and not present a minority candidate with baggage that will affect and distract the campaign from an issue based one to personality attacks.

At this point, we should ask ourselves, isn’t what we need, a governor who ought to have obsessive eyes for details in running the affairs of the state? If as a  gubernatorial aspirant, someone claims that his great repository of wealth and laxity in sharing the state’s resources as former governor is all that is needed to run Oyo State, should we not be worried about the future of our state?

The most important conclusion to draw from this article is that success in the art of governance is predicated on experience, finesse, character and good personality that an aspirant should possess in his quest to the government house, and should  be measured by reliable criteria such as acceptability,  knowledge base, courage, determination to serve with public spirit, depth of vision and foresight, scope of raw wisdom, independence of his personality, charisma and trustworthiness.

These are attributes that anyone who must govern the state should have in abundance and which are all salient characteristics easily discernible in Teslim Folarin that makes him stand out as the best choice for governor among the lot of contestants. Anyone who is afraid of Teslim is anti-people, destructive, and an enemy of the Oyo state.