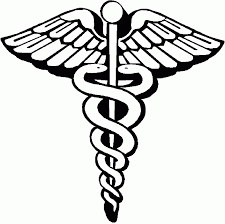 What is the difference between Ebola treatment by physicians and nurses in Africa and United States? You can be isolated in New Jersey, United States in tents without running water or toilet and still beg for food.

Quarantine is a necessary and legal way to protect the public. But when you merge cases of returning healthcare workers that are in good health, checked for self-monitoring at home; with those that honestly reported they have high temperature or fever and obviously symptomatic, then we have exceeded caution.

Since two nurses already got infected inside U.S, all the doctors and nurses that treated Ebola patients are exposed to the virus and should be quarantined. Same should also go for physicians, bio and nuclear scientists working in United States.

After watching the nurses and the physicians that took care of Eric Thomas Duncan who died of Ebola virus, it will be graceless for anyone to even think they will expose anyone to the same disease if they are not quarantined.

Nobody doubts the dangerous nature of bio hazard in the laboratory, yet workers go home every day to their families and they are free to move around in public. The same is true of nuclear scientists anywhere. Any mistake, even when we know it is not intentional, can put workers and their environment at deadly risk. We saw these in Russia and recently in Japan.

We must always err on the part of caution, in other words, it is better to make mistake on the part of caution. But we do that with the hope that a few people that are in perfectly good health will be detained for a few days, certainly not everybody or all health workers until it is proven otherwise. Such generalization is neither prudent nor makes scientific sense. Sometimes even reasonable men do disagree on complex issues, not on frivolous political gimmicks.

Center For Disease Control has to issue new guidelines to balance fear of Ebola with reality of science asking local health authorities to play the role of checking on returning healthcare workers on self monitoring. It reassures the public that they are not entirely left on their own while sparing them the humiliation and criminalization of New Jersey draconian order.

Politicians have blown Ebola hysteria out of proportion quoting extreme theories that Ebola virus can become airborne knowing full well that no virus has yet mutated, not to mention Ebola virus. Another politician dismissed the fact that one cannot catch Ebola on the subway or   bus but could throw up on others. Those symptomatic would be too sick to get on. Just because cars are safe to drive does not mean if someone jumped in from of it, it would not kill.

There was a mishandling of bacteria, anthrax and small pox vials at Center for Disease Control, it was immediately corrected without any hysteria. Indeed, in cases like bio and nuclear risks to health, most people regardless of party or political ideologies come together looking for ways to contain the dangers. See here!

Politicians would say anything just to claim they are decisive and in charge even when their decisions are obviously flawed. Just to cast their opponents as in bad light. Other countries noted as Italy copied “controlled monitoring” for some landing United States military deployed to Liberia to build health centers, draw blood and ease infrastructure for healthcare workers.

Africa also has a stake in this because if the whole world is discouraged from traveling to Ebola endemic areas, especially those willing to risk their lives, only to come back home to assume the class and stigma of outcasts, we all lose. Science has taken a back seat to myths and fear about infectious diseases. In the case of the returning nurse detained in New Jersey before eventual release to her state, it was wrong headed and far from erring on the side of safety.

It cannot be emphasized enough that the way to contain such dangers is for the world scientists to come together and advise politicians on solutions. However, we have politicians that do not believe in science. Some claim guns do not kill; only people kill. A reason United States did not appoint Surgeon General who believe in gun control to direct Ebola policies. Some Think the world is flat or believe in creationism over evolution. Beliefs should not turn us into ideologues.

Cuba has to be praised in the effort to help Africa in this Ebola crisis. As always, they have sent doctors and nurses in greater proportion to their population, size and per capita income. They were there during the disaster in Haiti and even offered to help during Hurricane Katrina in United States. Politics and ideology prevented them from working during Hurricane Katrina rather than the qualification of their physicians.

Those going to Africa know the risks and they take every precaution to safeguard their health, they did not go on a suicide mission. The healthcare workers and the military that leave any country to go to Africa to stop any calamity there before it spreads to every part of the globe should be praised as heroes, not treated otherwise.