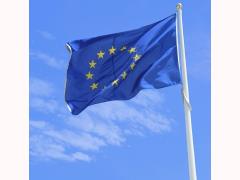 A planned summit between the European Union (EU) and the African nation-states has been met with controversy and rejection. The Republics of Zimbabwe and South Africa, two very important states in Southern Africa which won their independence through formidable mass and armed struggles, have stated that their leaders will not attend the gathering in Belgium.

Controversy surfaced over the way in which the 4th EU-Africa Summit has been organized. Zimbabwe expressed objections when President Robert Mugabe was extended an invitation but his wife, First Lady Amai Grace Mugabe, a public figure who works on children’s rights and education, was denied a visa.

Zimbabwe said that it would not attend and was deeply offended over how the EU was approaching the meeting. A Zimbabwe Herald editor interviewed the EU envoy to Zimbabwe where he revealed that the approach to the meeting was not to invite the African Union (AU) but individual continental states.

This interview involving the upcoming Summit included a question from Herald news editor Herbert Zharare which asked EU envoy Aldo Dell’Ariccia to “Explain how you chose participants? On the list there are some countries like Egypt where President Mohamed Morsi was deposed with the assistance of the military and the AU has made its position clear on that.”( March 28)

Dell’Ariccia responded saying “You have to consider that the EU-Africa Summit is the meeting between the European Union and African continent. I want to be very clear on that, it is not the AU-European Union meeting. Participation is not guided by the membership of the African Union.”

Such a response exposes the aim of bypassing the regional structures established by the AU and to in fact defy decisions made by the continental organization in relationship to the seizure of political power outside an electoral framework, which is a cardinal principle of the body. Egypt was suspended by the AU after the coup against ousted President Mohamed Morsi by the military leader Field Marshal Abdel-Fattah El-Sisi.

A delegation from the AU has visited Egypt in an effort to resolve the internal crisis.

On March 31, President Jacob Zuma announced that he would not participate in the Summit. South Africa maintains good relations with Zimbabwe and other states throughout the region of the sub-continent.

In an article published by Business Day Live it reports that the head-of-state said “I think that time must pass wherein we are looked (on) as subjects, we are told who must come, who must not come…. It is wrong and causes this unnecessary unpleasantness,” President Zuma told the SABC on March 30 during a campaign stop in the Western Cape for the May 7 national elections. (March 31)

“I thought the AU (African Union) and EU was equal organizations representing two continents, but there is not a single one of them who must decide for others.” Although Zuma personally will not attend, the South African government will send representatives according to Business Day Live.

This same above-mentioned article says “The Department of International Relations and Co-operation said on Sunday (March 30) that Mr. Zuma would not participate in the April 2-3 summit and that International Relations and Co-operation Minister Maite Nkoana-Mashabane would lead South Africa’s delegation. Trade and Industry Minister Rob Davies will also participate.”

Later the article says that “On Monday (March 31), the EU’s ambassador in South Africa, Roeland van de Geer, said the organization was surprised and disappointed, adding that Mr. Zuma had confirmed his participation in a letter on March 25.”

The EU claims that the Republic of Sudan has not been invited at all to the Summit. President Omar Hassan al-Bashir has been targeted by the West for years.

International Criminal Court (ICC) prosecutors have issued warrants for al-Bashir’s arrest over alleged crimes against humanity involving Khartoum’s handling of the war against rebels in Darfur. Despite the refusal of the AU to acknowledge these legal actions by the ICC, the EU says that al-Bashir’s appearance in Brussels could prompt his arrest.

Eritrea in the Horn of Africa has also not been invited to the EU-Africa Summit over alleged human rights violations. The Saharawi Arab Democratic Republic (SADR) from the Western Sahara, which is still under the occupation of the U.S.-backed monarchy in Morocco, has not been invited as well because of the objections by Rabat.

It appears as if some African leaders will attend the Summit. Reports indicate that the president of Zambia, Michael Sata, and others had arrived in Brussels.

Nonetheless, the AU Permanent Representatives Committee (PRC) had advised during late March for member-states to stay away from the meeting. Irrespective of how many African leaders will attend the withdrawal of leading states and presidents will damage the credibility of the meeting.

The EU along with the U.S. has been escalating their military and political interventions in the affairs of independent African states. Both Washington and Brussels have maintained sanctions against the government of Zimbabwe and Sudan despite the continuing opposition from the AU governing structures.

Both the EU and the U.S. are involved with the training of a military force in Libya three years after the Pentagon-NATO war of regime-change in this North African state. EU Naval Forces along with the Pentagon also maintain warships off the coast of Somalia in the Gulf of Aden which is one of the most lucrative shipping lanes in the world.