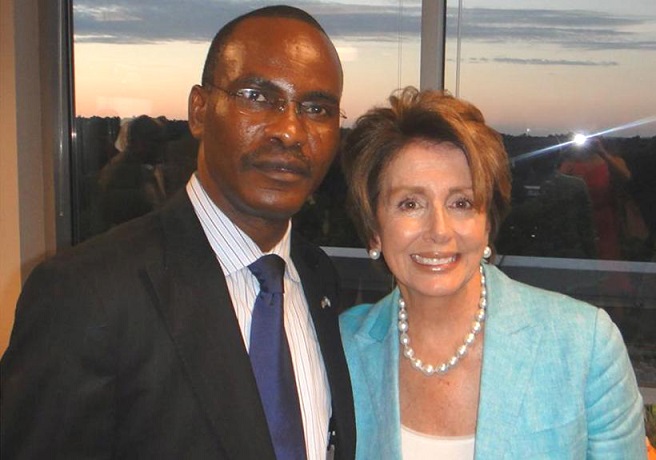 In an effort to live true to its core objective of representing the interests of all ethnicities, races and national origins, the National Democratic Ethnic Coordinating Council (NDECC)
http://www.democrats.org/people/ethnic_council of the Democratic National Committee (DNC) has voted unanimously to welcome African Diaspora representation on the council.

Notable African Diaspora leader and community activist Dr. Sylvester Okere was fittingly appointed to fill Africa’s seat on the council and represent the African Diaspora community in the United States. His appointment as the African Representative takes immediate effect and he is tasked with mobilizing his constituents across the nation in the spirit of the Democratic Party’s proud and enduring tradition of community development, opportunity and empowerment. He will concurrently serve as the NDECC’S liaison to the DNC’s Black Caucus.

Three representatives of the council issued separate statements to commemorate the occasion.

——
“In recent decades, immigrant communities from Africa have grown in importance across the United States. Like other ethnic immigrant communities before them, they have organized their talents and resources and achieved great success. And like other ethnic communities, immigrants from Africa believe in the values of family, community, hard work, and respect for their heritage and traditions. They also know that the same government that guarantees their freedom and opportunity also plays an important role providing for the common good through public education, health care, Social Security, and the protection of the environment and the rights of consumers. These are the values of our Democratic Party and these are the values that made our country great. We are, therefore, proud to count immigrants from the African continent as members of our National Democratic Ethnic Coordinating Council”

Dr. James Zogby | Chair of the DNC Ethnic Council and Co-Founder of the NDECC

“We are incredibly excited to welcome Sylvester Okere to the NDECC and to have strong representation of the African Diaspora on the Council. Mr. Okere has a proven history of being a top leader in the African Diaspora in the United States, representing his community at the national, state and local level. He continues to amplify the African Diaspora’s voice through his political engagement and issue advocacy, and stands for the values of the Democratic Party. His strong leadership and organizing skills will allow the Democratic Party to better engage African Diaspora voters across the country as we prepare for the 2016 election and beyond. We are thrilled about this important partnership and having Mr. Okere on our team,”

“Congrats! Glad to have you officially as part of the team!”

Dr. Okere is best described as a silent and effective giant for the African community in the United States, especially in the Washington, DC area. Among the many roles and positions he holds, he is the Director of the Continental Africa Leadership Council of the Maryland Democratic Party, member of the Executive Committee of the Maryland Democratic Party, Chairman of the African Entrepreneurs’ Coalition, and advisory board member of the Maryland Sister-State Program. He was the head of the Africa for Obama campaign in 2012, the first African immigrant in Maryland elected delegate to the DNC convention (2012), and one of the first African immigrants to speak on a national platform at the 50th Anniversary of the March on Washington – August 2013.

Dr. Okere has been interviewed several times on major TV and radio networks like VOA, NTA, CNN, Channels TV, (Africa’s largest network), Swedish Network, South African Times, Eminent Leaders Magazine, and The Voice. He is also a successful businessman whose business was named one of the “Top 100 Diversity Owned Businesses” in Maryland in 2009. In 2013 he received the African Heritage community economic empowerment award from Montgomery county, Maryland.

The NDECC constitutes a broad coalition of proven, recognized leaders representing Democratic networks organized along immigrant/ethnic lines from all background, faiths, ethnicities and demographic or geographic origins. It serves as the forum for coordination, cooperation and consensus building among these diverse groups, as well as the vehicle for the public assertion and advancement of their shared aspirations. The invitation to the African Diaspora community and Dr. Okere’s appointment to the council could not have come at a better time.