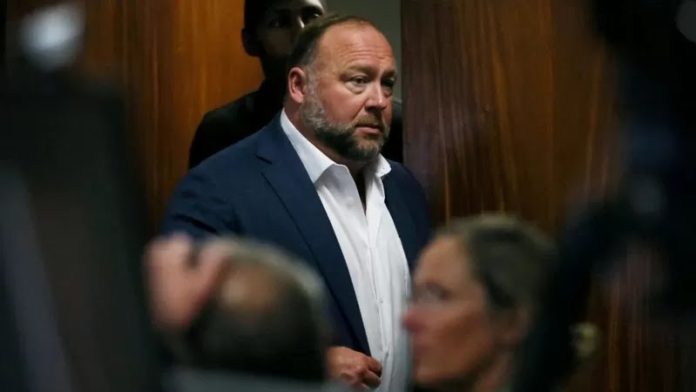 He detailed how the media twisted his most recent bankruptcy court result, in which a judge allowed his attorneys to proceed with lifting a stay imposed earlier this month so they could begin the appeals process.

The mainstream media, on the other hand, reported that the judge had stripped Jones of his bankruptcy protections and that the Sandy Hook family could begin collecting money from him.

“We are truly in a toe-to-toe struggle on the verge of victory and all you’ve got to do is buy the items,” he told the crowd Tuesday, adding he’s under penalty of perjury confirming he’s got “no hidden accounts. Nothing exists in the Cayman Islands, and nothing exists on the moon. There isn’t anything.”

He also urged listeners not to trust mainstream media claims that the firm will close due to financial difficulties, claiming that the company will remain viable if Infowars raises enough money to go beyond these court issues.